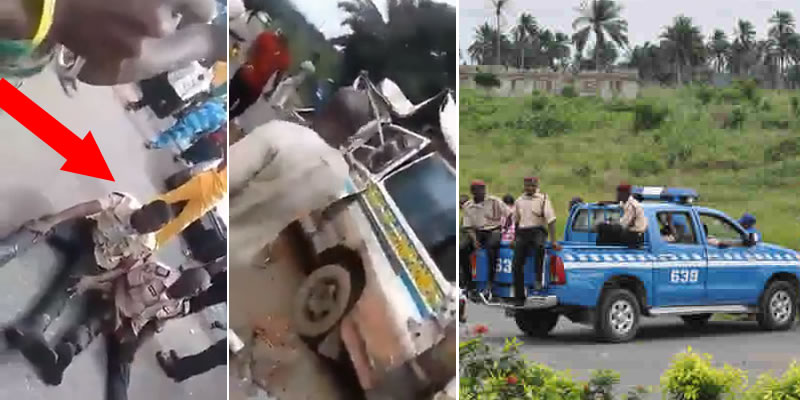 Two Federal Road Safety Corps (FRSC) officials were beaten by a mob who accused them of being responsible for a ghastly motor accident in Anambra state.

The FRSC officials were alleged to have been chasing a passenger bus, causing it to collide with another vehicle. Many of the passengers in the bus were seriously injured following the crash, including a pregnant woman.

The accident enraged residents and they got hold of two FRSC officials, making them the scape goat.

In a video shared online, the uniformed men are seen sitting on the floor, in the middle of the road as the angry mob kicked them and ignored their pleas.