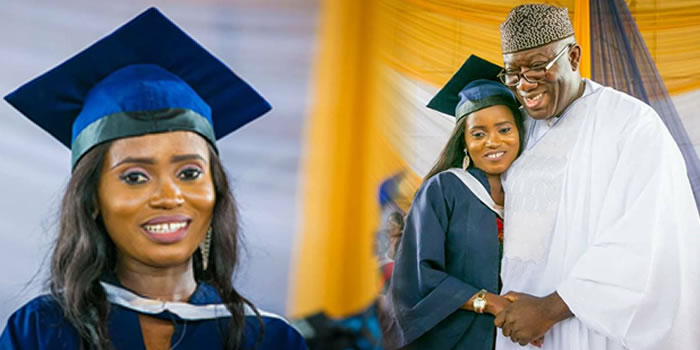 Aarinola Olaiya has been honoured by Governor Fayemi of Ekiti after she emerged as the best graduating student in OAU. The governor who attended the varsity’s 43rd convocation stated that he was ready to support her in her future academic works. Olaiya became the first student in 28 years to have a Distinction in Surgery at the Faculty of Clinical Sciences at the school

Well, the 24-year-old emerged as the best graduating student in the Obafemi Awolowo University (OAU), Ile-Ife, Osun state. Following this wonderful academic feat, Olaiya was honoured by Governor Kayode Fayemi of Ekiti state during the convocation.

Fayemi who attended the 43rd convocation ceremony of the varsity, stated that Olaiya who hails from Ekiti has shown that Ekiti is not a state of stomach infrastructure but the country’s intellectual capital.

He went on to pledge his support for Olaiye in whatever academic decision she may decide to take. 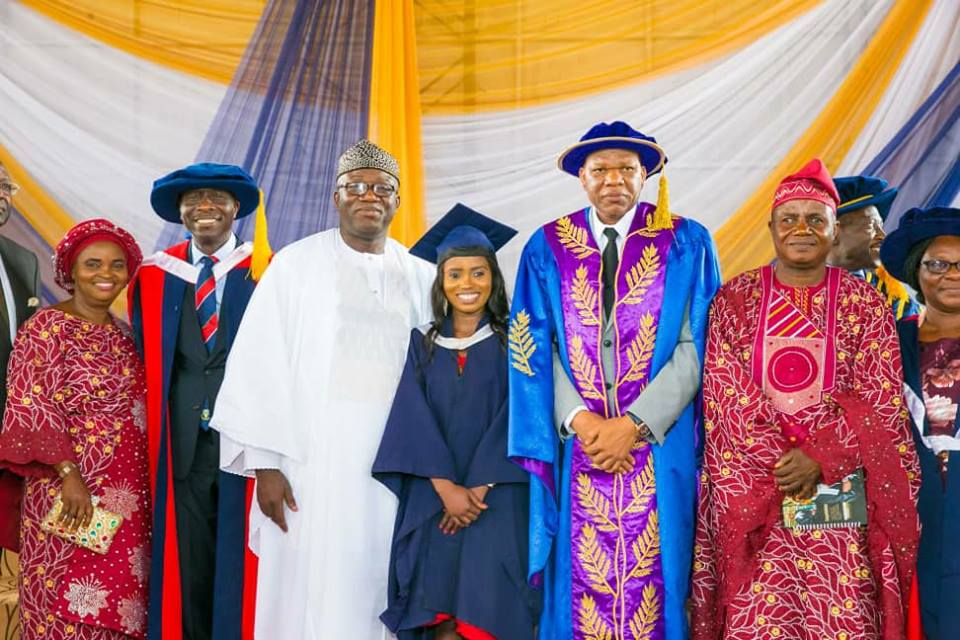 READ: New List of top 10 universities in Nigeria according to Webometrics 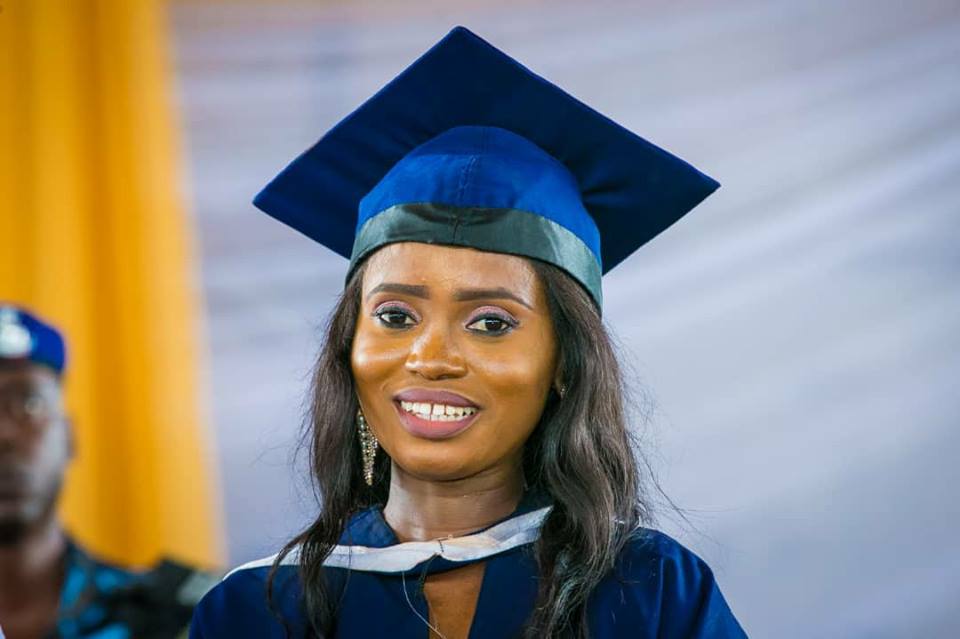 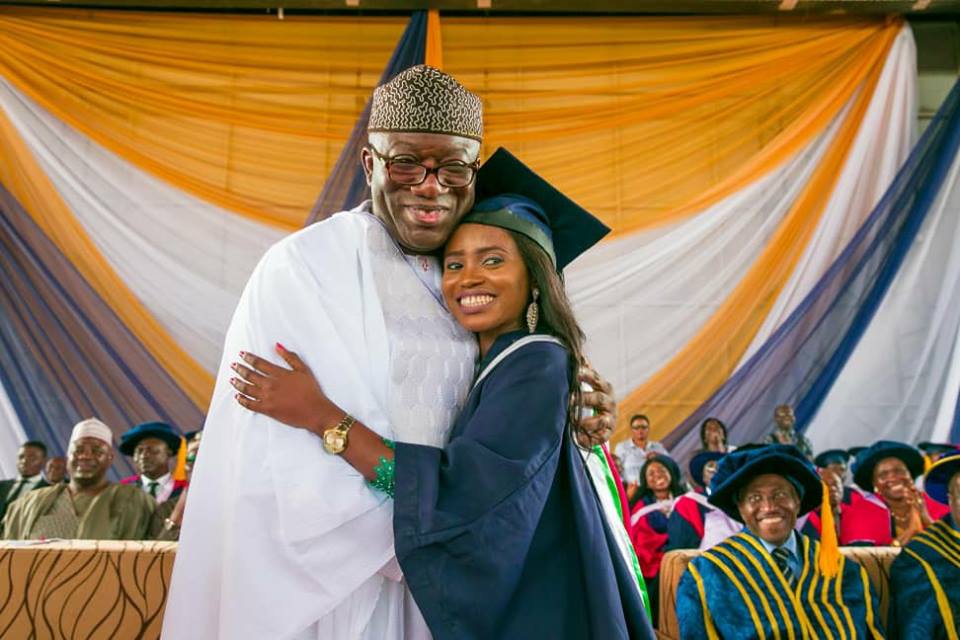 “I want to pledge before this august audience and the council, though she hasn’t told me what she wants to do, but whatever she tells me, she can consider it done. If she wants to go into housemanship, residency or even a PhD in Medicine, we will support her. It is very important to us that we restore the values for which we are known in Ekiti. We are not a state of stomach infrastructure.

READ:  KWASU best graduate reveals what she do to survive

We are the centre of excellence in this country. When it comes to intellectual capital, we really should restore our very first place; that’s what the government in Ekiti is about. It is about promoting the knowledge economy and celebrating the very best of us who have a lot to teach the rest of us. This is because I know Medicine is not a tea party. For her to have impressed all of her lecturers and broken all of the records here, which excellent people have set here, I hope the college will retain Aarinola. Having produced her, it is only fair to let Ife have her.”

Still on the academic achievements, two female graduates are currently been celebrated after the broke a First Class 21-year dearth in the English department at the varsity.

Identified as Kehinde Lawal and Roheemah Arogundade, these ladies will definitely be remembered in the history of the Obafemi Awolowo University. The ladies who finished with 4.56 CGPA, have reportedly broken the 21-year dearth First Class dearth in the English department ever since Akinmade Akande, now a professor of English, attained the feat in 1997.

You may also like to read; Meet Naomi Uwem, who emerges best graduating law student with 13 awards (Photo)