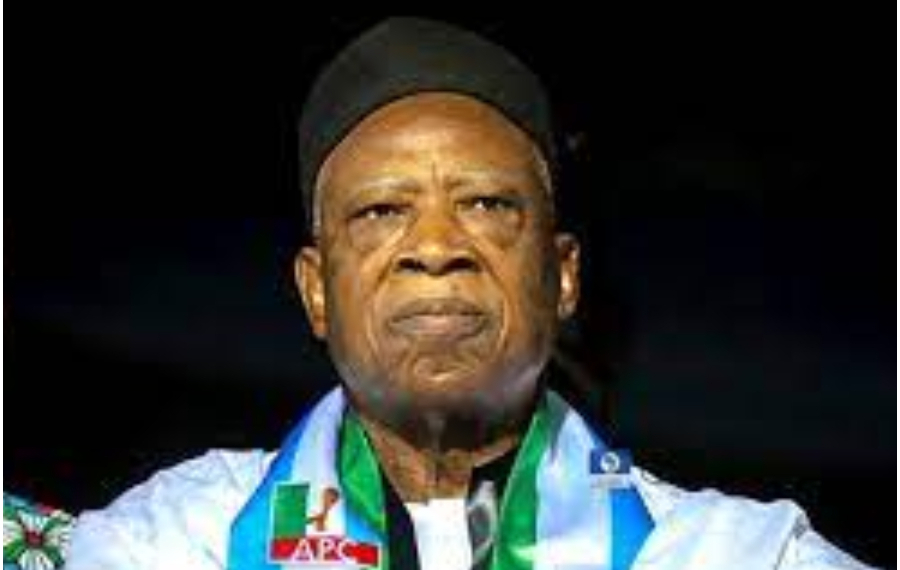 The Chairman, All Progressives Congress(APC), Abdullahi Adamu, has expressed optimism that Asiwaju Bola Tinubu, will win the 2023 presidential election.

Adamu said this is in a statement by the Director, Media and Publicity APC 2023 Presidential Campaign Council (PCC), Bayo Onanuga, in Abuja on Thursday.

Onanuga said that Adamu said this on Thursday at a town hall meeting in Lafia, Nasarawa State.

Adamu, who spoke emphatically at the town hall meeting between the APC candidate and stakeholders in the mining sector, said he was merely echoing President Muhammadu Buhari’s statement.

Except God, President Buhari is the highest authority in Nigeria today. Buhari has said it and it shall come to pass.

Adamu urged voters not only in Nasarawa, but also in the adjoining states to vote massively for the party and its candidate.

He also urged Tinubu to get ready for the task ahead to shoulder the demands of leading the country.

The hall which had Gov. Simon Lalong of Plateau, Gov. Babagana Zulum of Borno, and Gov. Aminu Masari, Speaker House of Representatives in attendance, was rented with shouts of Jagaban of Nigeria.

Adamu later prayed to God to ensure victory for the party so that APC will hand over power to APC in May 2023, he said.

According to Onanuga, the host, Gov. Abdullahi Sule similarly envisioned an Asíwájú victory and called him several times in his speech as Nigeria’s next president.

Sule gave a comprehensive overview of the mineral deposits in the state, including marble, lithium, barite and other

Tinubu in his response, promised that help was on the way to industrialise the state for prosperity.

Sen. Tanko Al-Makura, a former governor of the state, who also welcomed Tinubu, later presented a crafted gift to him in appreciation of being a media friendly politician, he said.