Banditry: Police in Zamfara apprehend a suspected female arms supplier and others 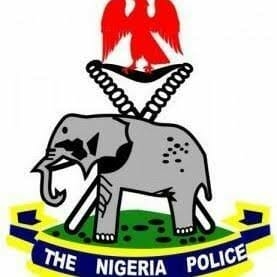 According to the Zamfara Police Command, a 30-year-old woman has been arrested for supplying arms and ammunition to bandits in Zamfara, Sokoto, Katsina, Kaduna, and Niger states.

The command also stated that it had arrested several gangs of bandits and their collaborators with the help of operatives from the Police Tactical Team at the FIB/STS Force Headquarters in Abuja.

Mr Ayuba Elkanah, the state’s Commissioner of Police, made the announcement at a news conference in Gusau on Friday.

He credited the achievement to the intervention of the Inspector General of Police, Usman Alkali-Baba, who dispatched a Police Tactical Team from the FIB/STS Force Headquarters in Abuja, led by DSP Hussaini Gimba.

This, according to the police commissioner, was due to the IGP’s commitment to restoring peace and security to Zamfara.

He went on to say that the tactical team was collaborating with command operatives in the ongoing police operationoperation across the state.

“The operations resulted in a serious gun battle with the bandits, in which an unspecified number of bandits were killed and others escaped with possible gunshot wounds,” Elkanah said.

He also stated that ten different AK-47 rifles, each with 143 rounds of live ammunition, were recovered from the scene.

The 30-year-old suspect was apprehended on Oct. 25 at around 09.30 p.m. by the command’s police tactical operatives in collaboration with FIB/STS, according to the police chief.

The suspect, a native of Kaura Namoda Local Government Area, specialized in supplying arms and ammunition to bandits in Zamfara, Sokoto, Kebbi, Kaduna, Katsina, and Niger states, according to him.

According to the police commissioner, the suspect was apprehended in the Bungudu Local Government Area’s Gada Biyu area with 991 rounds of AK-47 live ammunition being transported from Dabagi Village in Sokoto for delivery to a notorious kingpin.

He stated that the bandit had been terrorizing Zamfara and neighboring states, emphasizing that an investigation was already underway.

Elkanah went on to say that during interrogation, the suspect confessed to the crime and provided information that prompted the police to take action.

He claimed that as a result of this, a large quantity of dry leaves suspected to be Indian hemp were recovered at Gwiwa village in Kaura Namoda LGA.

The police commissioner also stated that another suspect was apprehended in Gusau based on intelligence that he had been collaborating with other notorious bandits in the council areas of Maradun and Bungudu.