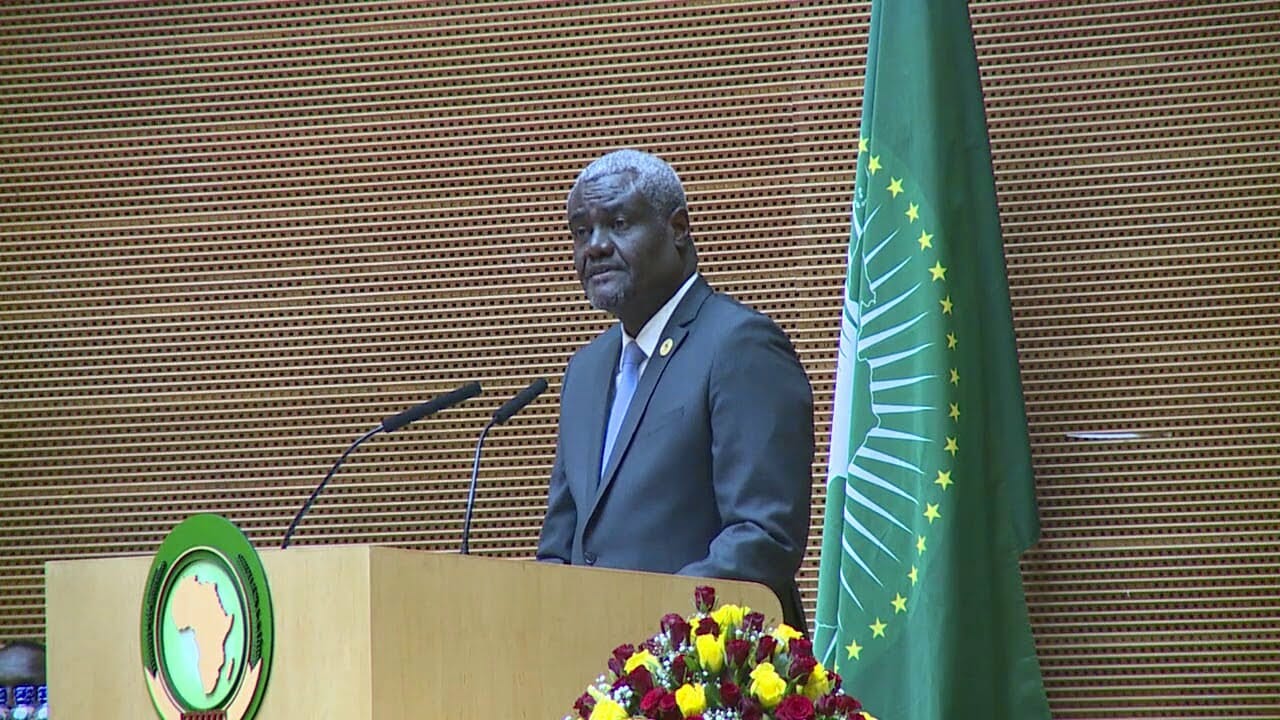 Chairperson of the African Union Commission, Moussa Faki Mahamat, says the travel ban on southern African countries, due to COVID-19 Omicron variant, is a form of stigmatisation against Africa. Mahamat said this while reacting to the travel ban on the Southern Africa countries at a news conference at the UN headquarters in New York on Wednesday.

Mahamat, who spoke to journalists after the fifth UN-AU Annual Conference, described the travel ban as stigmatisation which could not be justified scientifically or on the grounds of reason logically.

The Chairperson, who addressed journalists in the company of UN Secretary-General António Guterres, said both multilateral organisations had condemned the unfair measures.

“They are condemning a country (South Africa) for having been transparent because its experts have worked tirelessly to inform the international community of the emergence of new variants. It hasn’t been scientifically proven that these types of measures are able to deal with this type of issue. It’s clearly, as you say, an expression rather of a form of injustice”

“with vaccines, with treatment, with debt service, with our will to allow African states to recover following the pandemic or during it, we saw the same type of treatment”

“I think that now I’ll take up the terms used by the Secretary-General. It’s immoral to condemn Africa in that way. We are a world, a global world and we’re faced and when facing an enemy like the virus, like COVID-19, humankind as a whole must go hand in hand to fight the virus because a man’s life is man’s life,’’ the Chairperson said.

Mahamat said the union had not seen active dynamic solidarity from the international community as a whole and that is to be regretted, noting that the union has seen it time and time again.

“As I was saying to the Secretary-General, we need to be collectively outraged as leaders in the African Union and as the United Nations. Our message to the world as a whole is that we need to keep a cool head. We need to follow the well-being of humankind as a whole”

“We need to genuinely demonstrate greater solidarity and justice. That’s the very least we can ask for, namely from our leaders, our political and social leaders.’’ he said.

Similarly on Tuesday, Guterres had expressed deep concern over the restrictions imposed on travellers from southern African countries due to Omicron. The UN chief said people of Africa should not be blamed for the immorally low level of vaccinations available in the continent.

He said they should not be penalised for identifying and sharing crucial science and health information with the world on Omicron COVID-19 variant.

The World Health Organisation (WHO) has listed Omicron as a “variant of concern” as a result of which countries around the world are now restricting travel from Southern Africa, where the new strain was first detected, and taking other new precautions.

WHO says it could take several weeks to know if there are significant changes in transmissibility, severity or implications for COVID-19 vaccines, tests and treatments.