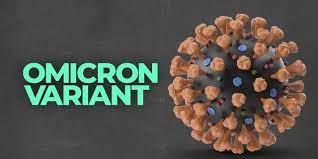 WHO urges countries to prepare for likely spread of Omicron

World Health Organisation (WHO) on Friday urged countries not to panic but to prepare for the likely spread of COVID-19 Omicron variant as scientists continue to study it.Speaking in Geneva, WHO spokesperson Christian Lindmeier stressed that data suggesting that Omicron was highly transmissible was only preliminary.

The UN health agency repeated that it would take another two weeks before more is known about how transmissible and how dangerous it actually is. He also repeated WHO advice against blanket travel bans, except for countries whose health systems were unable to withstand a surge in infections.

“It is much more preferred to prepare your country, your health system for possible incoming cases because we can be pretty sure that this Omicron variant will spread around,” he said.

The Delta mutation which was declared a variant of concern this summer, is now “predominant”, Lindmeier added, “with over 90 per cent all around the world”

“This is how this virus behaves and we will most likely not be able to keep it out of individual countries.” he said

The WHO official also cautioned against knee-jerk reactions to reports that Omicron had continued to spread.

“Let’s not get deterred right now, let us first get as much information as possible to make the correct risk assessment based on the information that we will have and then let’s move on. Let’s not get completely worried or confused by individual information which are all individually important, but which need to be brought together in order to assess together,” he said.

The development comes as WHO said that it was sending a technical surge team to South Africa’s Gauteng province to monitor Omicron and help with contact tracing, amid a spike in coronavirus reinfections.

For the seven days leading to Nov. 30, South Africa reported a 311 per cent increase in new cases, compared with the previous seven days, WHO said on Thursday.

Cases in Gauteng province, where Johannesburg is located, have increased by 375 per cent week on week. Hospital admissions there rose 4.2 per cent in the past seven days from the previous week and COVID-19-related deaths in the province jumped 28.6 per cent from the previous seven days.

He said that more than 80 per cent of the population had not received even a single dose, noting that this is a dangerously wide gap.

In a statement, WHO said that South Africa is reportedly seeing more patients contracting COVID-19 after having already been infected, in a way it did not with previous variants, citing a microbiologist from the country’s National Institute for Communicable Diseases (NICD).

Working with African governments to accelerate studies and bolster the response to the new variant, WHO is urging countries to sequence between 75 and 150 samples weekly.

“The detection and timely reporting of the new variant by Botswana and South Africa has bought the world time,” said Dr Matshidiso Moeti, WHO Regional Director for Africa.

“We have a window of opportunity but must act quickly and ramp up detection and prevention measures. Countries must adjust their COVID-19 response and stop a surge in cases from sweeping across Africa and possibly overwhelming already-stretched health facilities,” Moeti said.