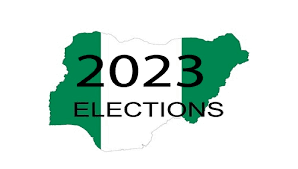 Dr Joe Okei-Odumakin, a human rights campaigner, has called on the two major political parties to be conscious of power rotation as a way of guaranteeing national harmony.

Okei-Odumakin, President, Women Arise for Change Initiative, made the call in an interview with the News Agency of Nigeria (NAN) on Wednesday in Lagos.

She said there was need for any section of the country interested in the presidency to put its best foot forward by presenting a quality candidate that would be sellable to other parts of the country.

“Any zone interested in the Presidency will have to sell itself by stating what it has to offer.

“It must also put its best foot forward by presenting a quality candidate that is sellable to other parts of the country.

“Interestingly, no zone can clinch the presidency all by itself without the support of one or two other zones,” she said.

Okei-Odumakin noted that it was a fundamental right of citizens to aspire for the number one job in Nigeria.

She, however, opined that the two leading political parties, the All Progressives Congress (APC) and the Peoples Democratic Party (PDP), were still playing politics with where they would zone the presidency.

According to her, “if in their wisdom they think the Igbo should have it, then, they can both zone their presidential flag bearers to the East.

“That was what happened in 1999 when the two leading presidential candidates were allowed to come from the Southwest just to placate or compensate the zone for the June 12, 1993 presidential debacle.

“The presidency has been in the North for two consecutive terms; it remains to be seen if it will move to the South in 2023.

“Opinion is divided on the agreement between the political elite on talks of rotational presidency between the South and the North.

And if the presidency rotates to the South, the next question is, which part of the South? Should it be East, West or South?

“If Nigeria must remain one indivisible country, the state actors must promote acts of national unity and cohesion,” she said.