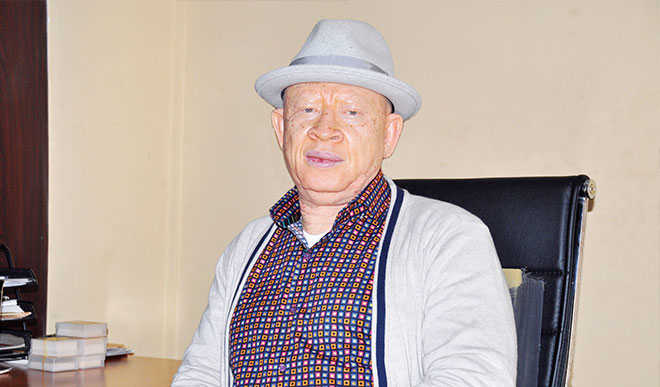 The Albino Foundation (TAF) has affirmed the involvement of the Federal Government in the treatment of Persons With Albinism (PWAs) infected with skin cancer. Mr Jake Epelle, the Founder of TAF and President of Albinism Association of Nigeria (AAFN), gave the affirmation at
a news conference in Abuja on Thursday.

Epelle, who expressed gratitude to the Federal Government for being responsible for the treatment of skin cancer, said many members of TAF had benefitted.

He added that “in Africa, only Nigeria has free skin cancer treatment scheme. We will like to again register our gratitude to the government for recommending PWAs who were in need of treatment.”

The TAF founder said that the foundation had attracted free cancer treatment to members with the government’s direct sponsorship, in line with its advocacy activities.

He added that TAF had mobilised for the treatment of PWAs within and outside the country worth millions of dollars.

He said that even though he had no accurate number of persons so far treated or referred to hospitals as a result of loss of some
documents in course of movements from one office to another, “this is verifiable by the beneficiaries”.

Epelle described as fallacious the claim that the government had not in any way sponsored the treatment of PWAs for skin cancer.

He, however, added that there was the discontinuation of treatment as a result of the high cost of drugs.

He commended the Ekiti Government “for showing care and concern in the affairs and health condition of PWAs.”

Ms Nonye Ogbuagu, the Assistant Coordinator of the foundation in Enugu, also affirmed the government’s involvement in the treatment of PWAs with skin cancer.

Ogbuagu explained that the foundation had referred many persons to the National Hospital, Abuja, for skin cancer treatment under the auspices of the government.

Bassey Mbah, the Coordinator of the group in Cross River, emphasised the imperatives of early and timely treatment of skin cancer in PWAs to avoid high mortality rates.

Mbah urged TAF members to use the opportunity offered to treat skin cancer by visiting facilities on time.

The News Agency of Nigeria (NAN) reports that the term albinism typically refers to oculocutaneous, a genetic disorder that results in decreased production of a pigment called melanin in the skin, hair and eyes, resulting in light colour or no colour.

Melanin is the pigment that gives the skin, eyes and hair their colouring.