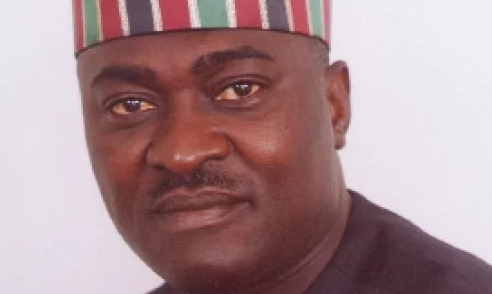 By Taiwo Phillips Last updated Apr 23, 2022
0
Share
Chief Vita Abba, former Chairman of Peoples Democratic Party (PDP) in Enugu State, says he served the party well as chairman and believes this is time for the party to reward him.
Abba who was chairman of the party from 2007 to 2015 said this in Nsukka PDP party office on Friday, while declaring his intention to contest for Nsukka/Igboeze-South House of Representatives seat in the 2023 general elections.
He said if elected, he would provide effective and quality representation  as he would bring his wealth of experience to bear.
“My record as party chairman in Enugu State speaks for itself, how PDP under my watch recorded many achievements, won all elections as well  as improved internal party democracy.
“My administration laboured day and night to  ensure PDP flourished in Enugu State by winning all elective positions both in general elections and LG polls.
“I served the party honourably and I believe this is the right time for members to pay me back,’ he said
The former chairman said that,  in the interest of fairness, justice and equity it’s the turn of Nsukka people to produce House of Representatives member for Nsukka/Igboeze-South Federal constituency in 2023.
“Dr Pat Asadu the incumbent House of Rep. member is from Igboeze-South and  has been there  since 2007.
“Asadu is my bosom friend and we are still friends, but is Nsukka’s  turn to produce candidate  since he has been there for 16 years.
” It will be in the interest of fairness, justice and equity for somebody from Nsukka to be there in  2023,” he said.
Abba, an engineer by profession and  the Chief Executive Officer, VEE-TEk Group of Companies, promised to continue from where Asadu the incumbent would stop, if elected in 2023.
” I have the experience, the connections and the ability to give the constituency quality representation.
“To attract people oriented democracy dividends that will empower and move the constituency forward.
” I will join hands with state, local governments and  stakeholders to fast track development in the area,”Abba said.
He told party leaders and supporters, who thronged the venue of the declaration that, as former PDP chairman and now patron of the party in Enugu State,  he had worked for the progress,  victory, unity of the party in the state and beyond.
“As one who have contributed immensely to growth of the PDP in Enugu State, I have no doubt the party will give me the ticket to fly the party’s flag for Nsukka/Igboeze-South constituency in 2023.
0
Share FacebookTwitterGoogle+ReddItWhatsAppPinterestEmail
You might also like More from author