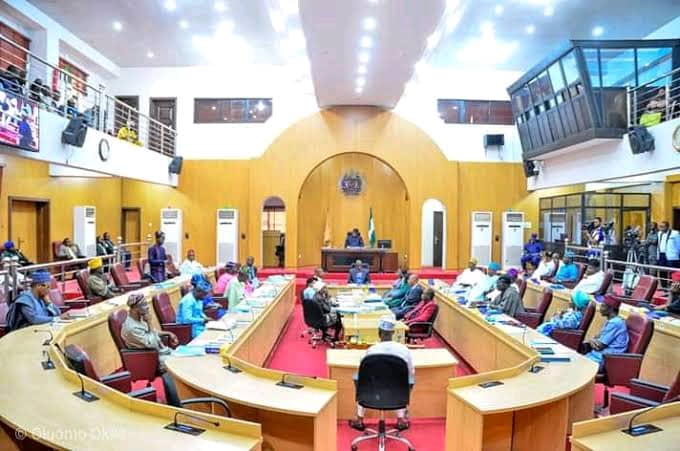 A Non-governmental Organisation, Kimpact Development Initiative (KDI), and Osun House of Assembly signed a Memorandum of Understanding (MOU) on an e-Parliament platform on Tuesday.

Speaking during the signing, the Executive Secretary of the NGO, Mr. Bukola Idowu, said the platform would enable citizens to have access to online parliamentary proceedings and other legislative documents.

Idowu also said that the e-Parliament platform would also provide innovative ways for members of the Assembly to interact with the citizens on parliamentary issues.

According to him, the Coronavirus pandemic took the world by surprise, which resulted in the suspension of parliamentary sittings in the state.

He said the effect of the pandemic gave birth to innovations and digital technologies, which had been widely accepted as ways of communication.

“In recent years, Information and Communication Technologies (ICT) had been credited for numerous advances in human development. For the parliament, the benefits of ICT are enormous.”

“It will allow access to information, services for members of parliaments, parliamentary administrations, among others. ICT can make the democratic process more efficient, transparent, accessible, and accountable.”

“Applying ICT to internal practices and services will help the parliament to be more efficient in carrying out legislative oversight and representative functions,” he said.

He said KDI, with the support of the International Republican Institute (IRI), USA, would develop the platform to cover the activities of the legislature.

In his remarks, Mr. Timothy Owoeye, the Speaker, Osun House of Assembly, said the establishment of the e-Parliament platform formed part of the basis for actualizing the 6-point legislative agenda of the  7th Assembly.

“While frantic efforts are being made towards achieving the other five components, it is equally essential to focus attention on the development of e-Parliament platform in order to meet up with the demands of contemporary legislation.”

“More importantly, e-Parliament is considered to be the engine room for other components of the Osun Assembly’s legislative agenda.”

“The e-parliament entails the use of internet services, telecommunications and information technology equipment, services, and activities to enhance parliamentary transparency, accessibility, and accountability,” he added.

The speaker commends the efforts of the KDI and International Republican Institute (IRI) for partnering Osun House of Assembly in realizing one of the key components of the 7th assembly legislative agenda.

He said, “I wish to ask our partner, KDI, and other stakeholders to ensure that the e-parliament platform being developed is sustainable, able to stand the test of time, and, above all, user-friendly in all ramifications.”