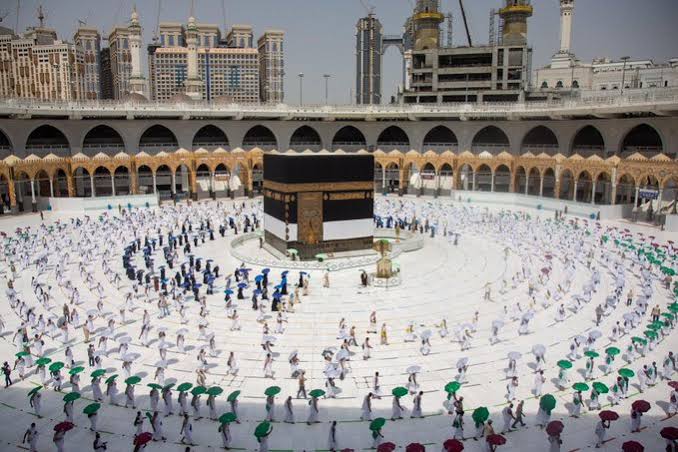 The Federal Capital Territory (FCT) Muslim Pilgrims Welfare Board, says it will commence the second phase of education and orientation exercise for its intending pilgrims on Saturday.

This latest development is contained in a statement signed by the organisation’s Public Relations Officer, Malam Muhammad Lawal, on Wednesday in Abuja.

According to the Board’s Director, Malam Nasiru Danmallam, the orientation exercise would hold at the Permanent Hajj Transit Camp, near the Nnamdi Azikwe International Airport, Abuja.

“Barely a month to the commencement of transportation of intending pilgrims to Saudi Arabia for the 2022 hajj, the FCT Muslim Pilgrims Welfare Board, has intensified the second phase of education and orientation,’’ he said.

The director stated that the board has mapped out strategy to conduct hitch free exercise by preparing the intending pilgrims to attain an acceptable hajj in spite of the short time available to prepare.

He said that intending pilgrims would be enlightened on the entire hajj operation at the hajj transit camp, Abuja from 8a.m.

Danmallam also said that with 1537 seats allocation for the FCT, the board has streamlined its preparation to ensure that intending pilgrims get the best service in line with the aspiration of the FCT administration.

He noted that the board had mobilised renowned Islamic scholars to educate the intending pilgrims on the hajj rites.

Danmallam also revealed that new policies introduced for this year’s hajj by the Saudi authorities and National Hajj Commission of Nigeria.

The director advised intending pilgrims from the territory to participate in all programmes organised by the board especially with the new policies and guidelines introduced for hajj by Saudi Arabia after the COVID-19 pandemic.

He said that the board would not relent in its effort to ensure that the intending pilgrims attain an acceptable hajj by complying with the rules and regulations put in place by relevant authorities.

The director said that the board had already commenced the process of transferring the deposits of those who have already opened their personal Hajj Saving Account with Ja’iz Bank as directed by NAHCON.

Danmallam warned all intending pilgrims who are yet to submit their account details or submit their International Passport to do so to enable the board commence the process of their travel documents.

He said this would be done as soon as clear signal was received from relevant authority.

Danmallam reassured of the board’s principle of first-come first-served in selecting those that would participate in this year’s hajj exercise through the board.

He advised intending pilgrims’ particularly first timers, to take advantage of the exercises and enhance their Islamic knowledge on hajj rites and proper guidance toward the attainment of acceptable hajj.