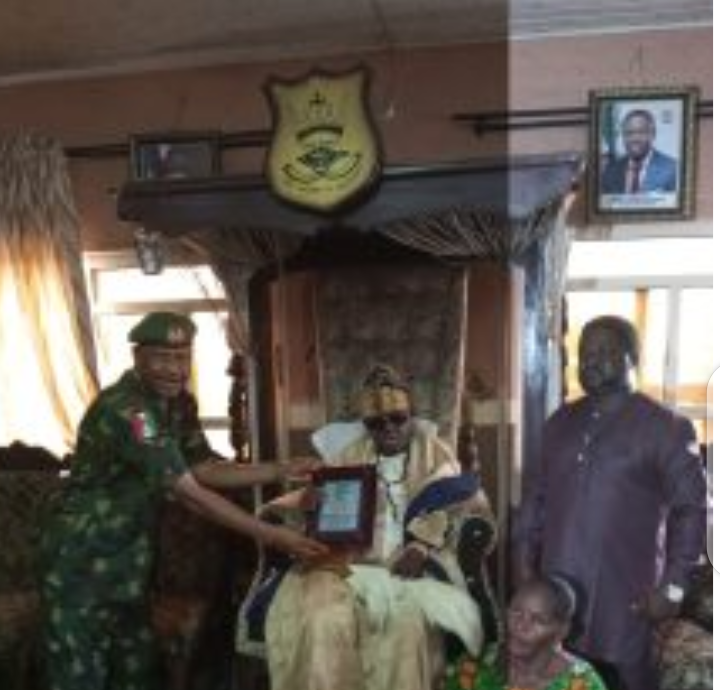 Musa, who made the assertion on Tuesday during a courtesy visit to the Akran of Badagry, Aholu Menu Toyi 1, urged the traditional rulers and chiefs in the area to call their subjects particularly youths to order.

“We will not continue to allow anarchy to take over peaceful atmosphere in Badagry.

“Although, it is the responsibility of the police to maintain law and order, ours is to deal with people that carry arms, so that when you are sleeping you will enjoy yourself.

“So, in as much as we are going to take severe action against the cultists, please you should also find time to talk to them,” he said.

The GOC also appealed to the traditional rulers and chiefs to prevail on youths in the area to shun drug abuse, which he attributed to the prevalence of crime in the society.

On the contention that the Nigerian Army had encroached on land in the area, Musa said that a surveyor from the engineering corps had been directed to visit Badagry with a map delineating the army’s land.

He debunked the allegation in some quarters that the army had encroached on the community’s land.

“The Chief of Army Staff (COAS) Lt.-Gen. Farouk Yahaya has directed that all barracks in the country should be fenced.

“But when we were fencing 243 Recce-Battalion Barracks in Ibereko, we had some issues and so we had to stop it.

“We have requested the surveyor to bring the map so that we don’t encroach on community land,” he said.

Musa said that plan was in the pipeline to resettle residents of a settlement inside the barracks, adding that he would suggest to the authority to create another location for them

Responding, the Akran of Badagry, Aholu Menu Toyi 1, thanked the GOC for promising to assist the residents in checkmating activities of cultists in the community.

Recalls that a clash broke out between rival cult groups in Adaripon Ipage Compound, Badagry, on Tuesday, that led to the death of a 36-year-old man.

Reports have it that death of the man, popularly called ‘Baba Ibeji, had brought to three, the number of deaths recorded  in Badagry within five days, following clashes between rival cult groups.