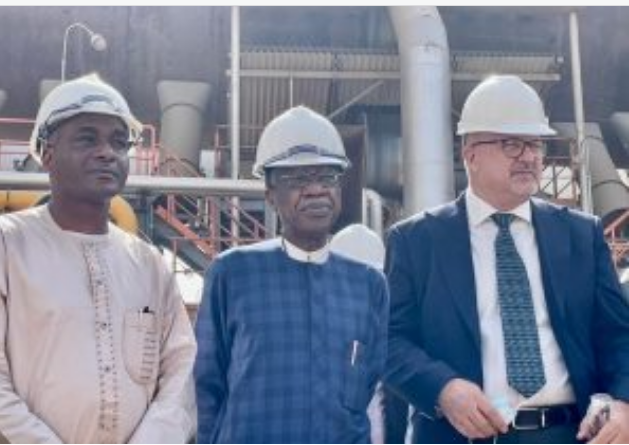 The Minister of Information and Culture, Alhaji Lai Mohammed said this on Thursday during a media tour of the five-million tonnes per annum (mtpa) BUA Cement Factory in Sokoto.

Reports that the minister is touring the facility in company of more than 30 journalists drawn from the print, electronic and social media.

Mohammed said the indigenous business ventures established or which became flourished during the tenure of Buhari were stable, profitable, long-lasting and safe for investments.

“All these projects are beneficiaries of the conducive business environment created by the administration of President Muhammadu Buhari, under the auspices of the Presidential Enabling Business Environment Council (PEBEC).

“PEBEC has implemented more than150 reforms since 2016, as well as the Companies and Allied Matters Act, 2020 (CAMA 2020) – Nigeria’s most significant business legislation in three decades,’’ he said.

Specifically, the minister noted that the conditions that made BUA cement to flourish since 2015 when the Buhari administration assumed office included the pioneer status granted to the company.

According to him, the ban on importation of cement, government’s divestment from the cement industry and backward integration policy helped the company to flourish.

“Thanks to these conditions, BUA Cement has recorded a 300 per cent increase in production between 2015 and now.

“For its part, the Sokoto plant is operating at over 90 per cent of installed capacity.

“Because of its location, which is just 100 kilometers to Niger Republic, the plant exports to Niger and Burkina Faso, earning Nigeria much needed forex,’’ he said.

Mohammed, however, clarified that only excess of the cement production were exported, especially during the raining season while majority of the product were for local consumption

He said the cement factory produced all year round, loading between 250 and 270 trailers per day, while the plant had 700 trucks for distribution of its product.

“The three million tonnes per annum line (IV) of the BUA Cement facility that we have just visited was commissioned by Buhari in January this year.

“This is one of the most modern cement plants anywhere.

“The plant is the first cement plant inNigeria to use Liquefied Natural Gas to generate 50MW of power, thereby, replacing coal in its kiln.

“This has made the plant environmentally friendly to also curb climate change,’’ he said.

Mohammed said the plant was also a job creator with 443 permanent members of staff and, together with all other ancillary jobs, totaling 10,000 workers.

He commended the Chairman of BUA Cement, Alhaji Abdul-Samad Rabiu and his entire team for their undying belief in Nigeria.

Corroborating the minister’s position, the Managing Director of BUA Cement, Mr Yusuf Binji said the factory, which foundation was laid by Late Sir Ahmadu Bello, started production in 1967 with installed capacity of 100,000 metric tonnes per annum.

He said as at 2015, before the Buhari administration took over power, the installed capacity of the factory was 3.5 million tonnes per annum.

Binji said following the conducive business environment created by Buhari’s government, the company as at 2022 had grown to installed capacity of 11 million tonnes per annum.

“This is a 300 per cent increase over the last seven years and it is by no means a small increase.

“We have invested close to two billion dollars in this Sokoto factory alone and today, we are the second largest cement manufacturer in Nigeria with about 25 per cent market sharing,’’ he said.

According to Binji, BUA Cement is one of the biggest companies listed on the Nigeria Stock Exchange with a market capitalisation of N2.4 trillion as at March 2022.

He, on behalf of the chairman of the company and other management staff thanked the Buhari administration for its vision and the minister for the visit.