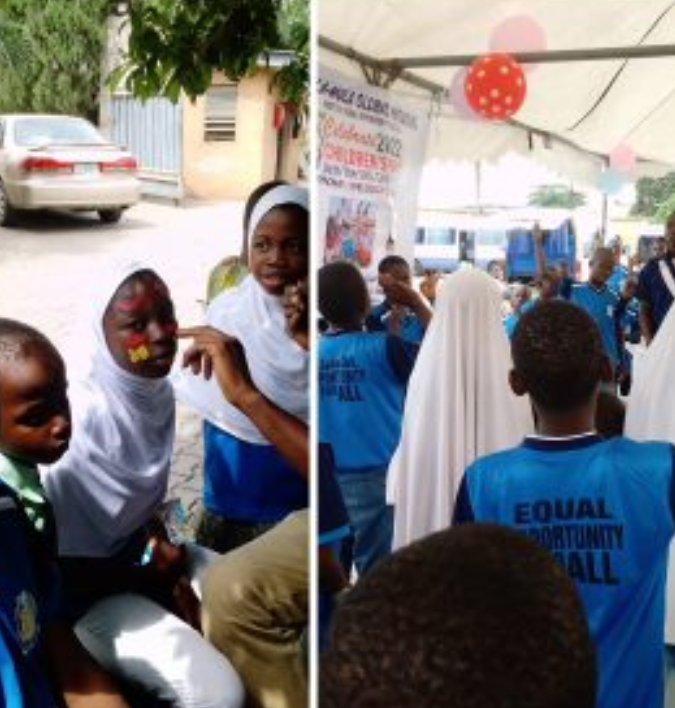 Reports have it that the children’s day celebration is held every May 27 in a year.

The founder, FMGI, Mrs Folake Abdulsalam, in her remarks, said that the initiative which started in November 30, 2021, is aimed to cater for general welfare of Orphans and vulnerable children in Ajeromi/Ifelodun community and majorly for four schools approved by the Lagos State Universal Education Board ( SUBEB).

Abdulsalam said that there was the need to bridge the gap between children from dysfunctional homes and those from stable ones.

She said that children from dysfunctional homes are incapacitated to compete favourably in education with other children in the society.

“We have 50 registered orphans and vulnerable children under the Fola-Mola global initiative, to care for their welfare, education and general needs.

“We are doing school outreach for these children and apart from education interventions, we are ensuring that they grow with good character, we know their detailed addresses, we visit them regularly and expose them to a better future.

“We foresee a great future in them, we can see hope in them, if , we continue to go with them like this, I believe there are going to be a lot of changes in them,” she said.

She said that FMGI decided to celebrate children day outside Ajeromi/Ifelodun community to give the children new orientation, broadening their knowledge and exposing them to decent environment.

She said that the FMGI would soon launch a women’s forum which would focus on the family system, marriage, child rights, and women empowerment relationship among others.

Saying that funding has always been a challenge for NGOs, she called on the government to key into supporting genuine NGO, especially those that focused on Orphans and vulnerable children because they are the future of the country.

One of the beneficiary pupils, Godwin Favour from Suru Primary School, Lagos, said that the Fola-Mola Initiative has given her hope of a glorious future.

She called on the government to provide quality education for children to guarantee their future.

Reports have it that the celebration featured face painting, debate, dancing competition and distribution of learning materials to the pupils to support their education.