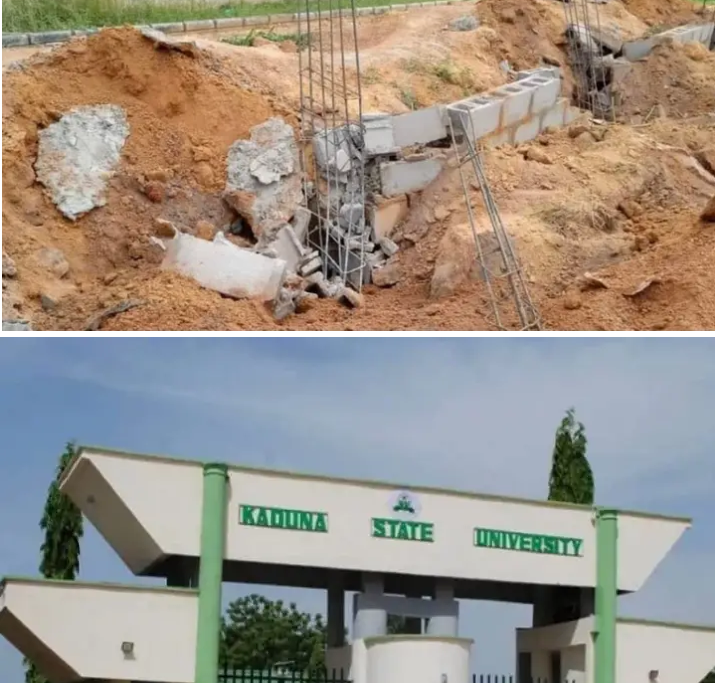 The Christian community made the call in a statement, jointly signed by its Coordinator, Dr Ishaya Auta, and Secretary, Dr Emmanuel Monday, and made available to newsmen in Kaduna, on Monday.

The CCC expressed displeasure that in the 17 years of existence of the university, the large Christian community does not have a place of worship, while the Muslim community has five mosques.

Describing the development as “disheartening”, the CCC called on the management of KASU and the State Government to come clear on whether they want or do not want a Christian worship place in the main campus.

“This will put to rest their seemingly dilly-dallying attitude on the matter.

“As an umbrella body of all Christians on campus, CCC will always follow the path of peace and dialogue to amicably resolve the issue.

“But we consider the issue as a sensitive matter that, if not properly handled, could lead to break down of law and order,” they said.

They explained that the Governing Council of the University had in its 49th meeting on April 14, 2014, allocated and approved a space of land to the Christian community to build a worship chapel.

They said that after securing permission from the university’s Directorate of Physical Planning and Development to commence construction in 2016, and they mobilised to site only to be directed to halt the construction.

The community added that in 2020, the university allocated another land for the construction of the worship centre which they accepted and mobilised to site in 2021, but again they were asked to stop work.

“On Nov. 22, 2021, we wrote a petition to the Kaduna State University Visitation Panel, over the lingering issue and the panel recognised the newly allocated site.

“Again, after mobilising to site, we received a stop work notice on Jan. 7, 2022, from the Registrar of the university and we complied.

“On March 29, 2022, we wrote to the school management seeking permission to resume construction, but no response and the building committee eventually resumed work on site, on May 16, 2022.

“While work was in progress, Mr Ismail Dikko, Director General, Kaduna State Urban Planning and Development Authority (KASUPDA), visited the site and stopped the ongoing construction on the grounds that it lacked the required permit,” they said.

The CCC added that on June 6, KASUPDA officials in company of security personnel came to the campus and demolished the foundation of the chapel under construction.

They claimed that KASUPDA did not officially write to them on the matter but went ahead to demolish a structure yet to be marked for demolition based on its procedure.

According to them, KASUPDA has no business as a regulatory body of physical structures in government-owned institutions, adding that KASU has a Directorate of Physical planning that oversees the construction of all structures.

“The university has over a hundred structures without a building permit from KASUPDA, why is the case of the KASU Chapel different?”

When contacted, the Public Relation Officer of the University, Mr Adamu Bargo, confirmed that the structure was demolished because due process was not followed.

Dikko confirmed Bargo’s claim in a statement in Kaduna on Friday, that the demolished structure violated extant laws.

He explained that the State Executive Council had earlier given a clear directive that all public buildings and institutions must submit relevant documents before erecting new structures within their premises.

“KASU partially complied with the directive by submitting its master plan but without an application seeking permission for further development.

‘’I do not know if the proposed structure would have been a church or just a building. The developers contravened the law and KASUPDA merely performed its statutory duty by removing it,” he said.

Bargo, in a statement in Kaduna on Monday, said that the university management had earlier issued a directive for the stoppage of any construction work on the temporary christian worship centre in 2021.

He explained that the directive followed the controversy surrounding the site, pending government’s intervention.

He added that university’s Governing Council and the state government have been called upon to intervene.

“All submissions have been made through the Ministry of Education and other relevant authorities on the Master Plan for the main campus indicating places of worship.

“Members of the Christian community and the general public are hereby called upon to maintain calm pending the decision of Government, the Governing Council and KASU Management,” he said.