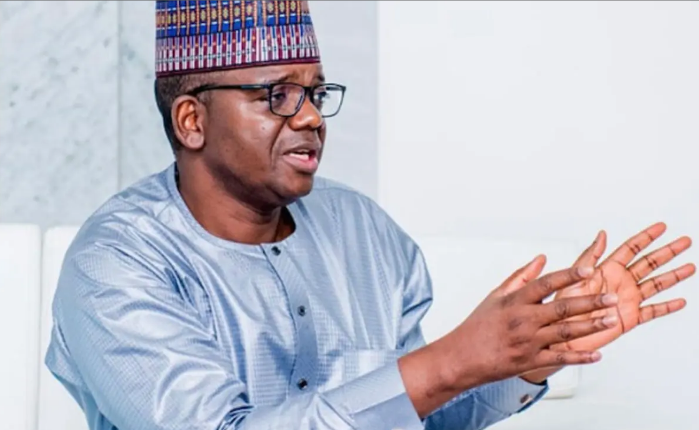 Gov. Bello Matawalle of Zamfara on Saturday assured that the All Progressives Congress (APC) would sweep the 2023 general election with a landslide.

Edu was in the state for the flag off of the party’s national empowerment scheme for women.

Matawalle promised that Zamfara would deliver 99 per cent to APC in the 2023 general poll.

“The various factions of the party have now become one.

“The initiative to reconcile has brought all the active politicians that matter in the state under one umbrella.

“This is the first step to success,” Matawalle said.

The governor commended the APC national women leader for her choice of the state for the flag off of the programme.

He assured her that Zamfara women would not disappoint the party at the poll.

Matawalle challenged political leaders in the state to borrow a leaf from the women leader, who despite being a non-indigene, choose to empower Zamfara women.

Earlier, Edu said she had learned much during her visit to Zamfara, even as she was earlier discouraged from the visit by the negative impression given about the state.

“What I saw, to the contrary, is a state with good roads, hospitable women, great ongoing and completed infrastructure development and near opposite of what is said about its security situation,” she said.