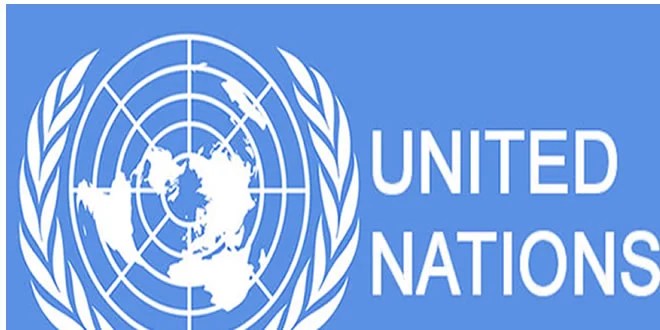 Agomoh who made the call in a statement on Sunday in Abuja, said that PRAWA joined the rest of the world to celebrate the anniversary of the coming into effect of the United Nations Convention Against Torture (CAT) and Other Cruel, Inhuman or Degrading Treatment or Punishment.

The News Agency of Nigeria (NAN) reports that the UN International Day in Support of Victims of Torture is an international observance held annually on June 26.

This is done to speak out against the crime of torture and to honour and support victims and survivors throughout the world.

Agomoh called on the Nigerian government  to comply with its reporting obligations to the CAT in line with Article 19 of the Convention Against Torture.

She also called for a quick action to  implement the 2021 CAT Concluding observations and recommendations to Nigeria.

She,  however, reaffirmed commitment and support to the eradication of torture and other cruel, inhuman or degrading treatment in Nigeria.

According to her, torture has been described by the UN  as one of the vilest acts perpetrated by human beings on their fellow human beings.

“Torture is a crime against humanity which is said to seek annihilation of the victim’s personality and denies the inherent dignity of the human being.

“UN convention against torture provides for absolute prohibition of torture, cruel, inhuman and degrading treatment and calls on all nations of the world to do so in their national laws, ” she said.

Agomoh commended the efforts already taken by the Nigerian government to prohibit torture and other cruel, inhuman and degrading treatment.

She,  however, said that in spite of the enactment of the Anti-torture Act of 2017 and the accession to the CAT and the Optional Protocol, torture remained widespread in the country.

This,  she said,  was why accountability for perpetrators and remedy for victims were far from being actualised.

She said “PRAWA, with the support of partners had over the years led initiatives that aimed at preventing the use of torture by state security actors and at rehabilitation of torture victims.

“To commemorate this years’ anniversary, we are carrying our sensitisation, awareness campaigns and training of police officers on international, regional and national legal instruments that prohibits torture.

The PRAWA boss said that continued inability of the Nigerian government to meet its reporting obligation, was a blight on the international image.

She said that government should not delay further in  implementing the committee report.

“In this regard, PRAWA wishes to recommend that the following actions be taken to urgently address the concluding observations of the committee.

“The National Justice Institute should start massive training of judicial officers on the international, regional and national legal instruments that prohibit torture, to equip them with the right knowledge to superintend over torture related cases.

“The National Assembly should kickstart the process for amendment of the Anti-torture Act of 2017, to align it with the provisions of the CAT.

“This is especially as it concerns rehabilitation of torture victims and grant the national committee on torture, the requisite legal backing to adequately and independently discharge its mandate in line with the Optional Protocol to the CAT,” she said.

Agomoh said  the Federal Government and the subnational units, should also set up a committee to see to the implementation of the recommendations of the #ENDARS panel report relating to torture.

She said  they should also mandate the attorneys general to initiate legal proceedings against state officials accused of torture.

“The safeguards contained in the Administration of Criminal Justice Act 2015, Nigerian Correctional Service Act 2019, Police Act 2020 and other legislations, regarding pretrial detention should be taken to action.

“Independent monitoring of places of detention, recording of arrests and database of persons in detention, should also be quickly operationalised, ” she said.

The PRAWA boss reiterated commitment of the organisation to collaborating and partnering with relevant stakeholders to end the crime of torture in Nigeria. (NAN).