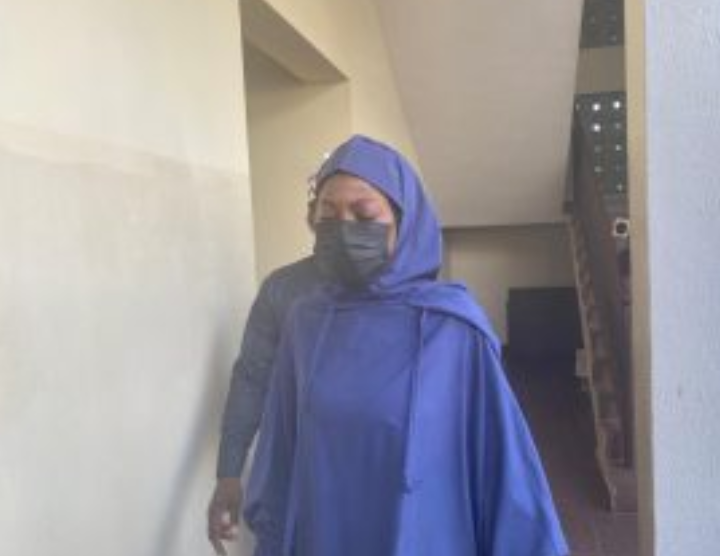 She however, pleaded guilty to the charge.

Magistrate Chukwuemeka Nweke, in his ruling, held that he discharged her in line with the provisions of Section 454 of the Administration of Criminal Justice Act (ACJA), 2015.

”Going by the probation report that she was not in a proper mental state of mind when she committed the offence, she is hereby discharged with some conditions.

”The defendant must be on probation for a period of 12 calendar months.

“Secondly the defendant would be released to one surety and assigned to a probation officer, DCP  Hauwa Ibrahim, to monitor her

“Thirdly, she must report monthly to the Police Head Quarters, Abuja for proper assessment,” the magistrate held.

Earlier, Nweke asked the Defence Counsel, Chinyere Moneme, if she had any objection to Idachaba’s application.

She however, affirmed in the negative, which led to the Magistrate giving his verdict.

Earlier the Police Prosecutor, James Idachaba told the court that on June 14, at about 1:30 p.m, Imam Sufiyan Adam, the complainant of Apo Resettlement, Abuja, reported the matter at Apo police station.

The prosecutor further alleged that on the same date, at about noon, the defendant criminally raised false alarm on her twitter handle, @Ameerah-SufIyan , WhatSapp chat and voice broadcast.

He said that  Safiyan sent out false information through her social media handles to the complainant, the whole family and the general public, that she was in the hands of armed men in police uniform.

Idachaba alleged that the defendant also stated that the armed men also kidnapped 16  other persons with her.

He told the court that  the defendant alleged that the kidnappers headed towards the forest through Jos and Nasarawa State highway.

The prosecution counsel in addition stated that during police investigation, the defendant was traced to Marigold Hospital Critical Care Centre, Surulere in Lagos.

He said that the investigation revealed that the defendant  had planned and carried out self-kidnap in order to raise false alarm to thereby mislead the public servants from performing their lawful duties.

He said the offence contravenes the provisions of Section 140 of the Penal Code Law.

The prosecution counsel at this point applied that based on the medical report, the defendant be placed on probation.

Reports have it that Safiyan on June 14, alleged via her social media platforms that she was kidnapped with 16 others by unknown gunmen in police uniform.

However, when she was found four days later in Lagos, it was discovered that she had lied about her kidnap and she  later tendered a public apology.