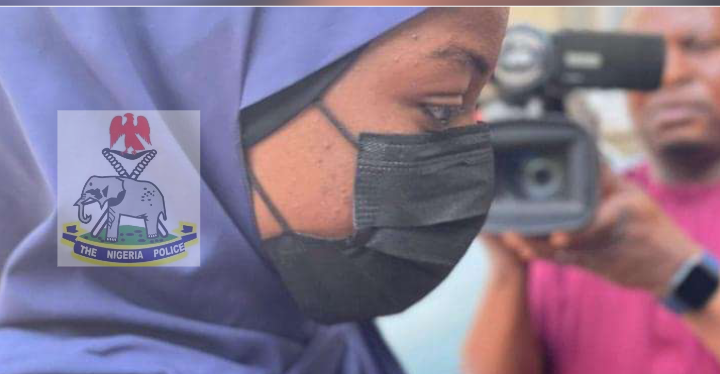 Mr James Idachaba, OC Legal, FCT police command on Tuesday said that Ameerah Safiyan, the therapist who ”stage managed” her kidnap had mental health challenge that had occurred before.

”She was discharged by the court going by the medical report carried out in a police medical institution. It was revealed that she had some form of mental health disorder which prompted her behaviour to allege her kidnap.

”At the end of the 12-month probation period, she will be finally cleared, but that if it is  discovered during the period she disregarded any of the conditions, the court could extend the probation period or sentence her to a jail term,” he said

The court had earlier discharged her on certain conditions after she was charged on a count charge of giving false information with intent to mislead public servants.

After her admission of guilt, the court had attached three conditions to her discharge.

The court ruled that she must be on probation for 12 calendar months, released her to one surety, her father who must enter into a bond to ensure that Safiyan is of good behaviour.

The court in addition ruled that she must be under the supervision of a probation officer, DCP. Hauwa Ibrahim who will monitor her welfare and mental well-being.

The court further directed that she must report once a month its office for her assessment in order to be sure that she continued to maintain good conduct and that her mental state was properly taken care of by the family.

Reports have it that the 23-year-old therapist, a resident of Apo Resettlement, Abuja had on June 14 via her Twitter handle and WhatsApp platform alleged and claimed to have been abducted with 17 others by gunmen wearing police uniform.

The police however, through its Public Relations Officer, CSP Olumuyiwa Adejobi, Force Headquarters, in a statement, denied involvement of its officers in the alleged abduction for a ransom.

The police also stated that Safiyan was found somewhere in Lagos and that she had cooked up the kidnap story.

On June 20, she apologised to the public for misleading them to believe her kidnap story.

She made the apology via a tweet where she stated that everything she had said in her previous tweet which stirred uproar was just a result of her own delusion and negative thinking.