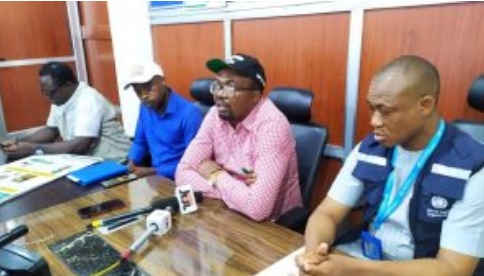 The Anambra State Government says that one out of the two suspected cases of monkeypox reported in the state has been confirmed positive.

Dr Afam Obidike, the state’s Commissioner for Health, made the disclosure at a news conference in Awka on Thursday.

Obidike said that the state had been on alert mode following the report of the disease early this year across some states in the country.

According to him, the state emergency preparedness and response team put all the relevant surveillance measures in place toward ending the spread of the outbreak.

“Few weeks ago, two suspected cases of monkeypox were reported in Anambra East, Onitsha and Oyi Local Government Areas (LGAs), out of which the case from Anambra East LGA was confirmed positive.

“The case is currently at the isolation centre of the Nnamdi Azikiwe University Teaching Hospital, Nnewi, where he is receiving treatment and recovering.

“In light of the above, Gov. Charles Soludo immediately declared the incident an outbreak and an emergency preparedness and response committee meeting was convened on Wednesday.

“The meeting was attended by relevant stakeholders including the World Health Organisation (WHO) team and the United Nations International Children’s Emergency Fund (UNICEF). They are providing necessary assistance to the state.

“Planning for immediate response to the outbreak and surveillance, laboratory, case management, risk communication and community engagement, infection prevention and vontrol and safe burial pillars, were activated,” he said.

Obidike said that the state government had commenced the training of health personnel and response officers on enhanced active case search, sample collections and monkeypox management as well as intensify public awareness.

He urged residents not to panic and report to the hospital for proper examination whenever they notice rashes on their skin.

“We urge residents to remain calm and stay safe as we mitigate this outbreak of monkeypox in the state. We shall overcome again,” he said

Also speaking, Dr Adamu Abdulnasir, Anambra state Coordinator, WHO, said the organisation would support the state in terms of outbreak response and surveillance and capacity building.

“Since we heard about the two suspected cases, WHO has supported in the areas of sample collection and taking the sample to the laboratory.

“When the results came out, we carried out contact tracing as well as case and risks management.

“In Nigeria so far, we have recorded 41 cases of monkeypox with one death. The government is taking proactive measures to bring this outbreak to a stop and sensitise people on how to prevent and protect themselves,” he said.

Reports  have it that monkeypox is an uncommon disease caused by infection with the monkeypox virus, which belongs to the orthopoxvirus genus in the poxviridae family.