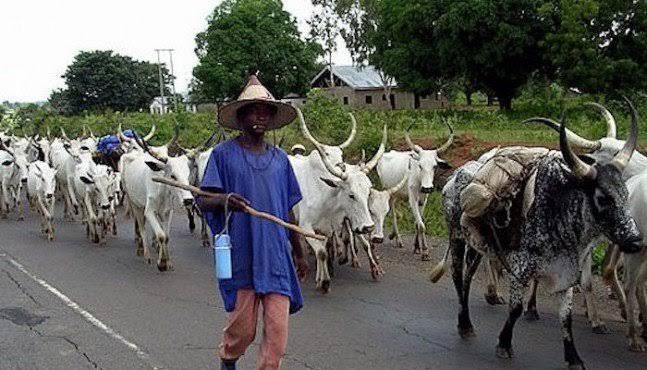 By Olumide Gbenga On Jul 2, 2022
0
Share
Abubakar made this known in a statement by Mr Mohammed Gana, Information Officer in the ministry on Friday in Abuja.
He said this at the 2022 Nationwide Free Mass Vaccination Campaign against Transboundary Animal Diseases in Dadinkowa, Yamaltu Deba Local Government Area of Gombe State.
The minister was represented at the event by Dr Maimuna Habib, the Director, Federal Department of Veterinary and Pest Control and Chief Veterinary Officer of Nigeria.
He said the ministry would support Gombe State and other states in the North East Geopolitical Region with about 2 million Free Contagious Bovine Pleuropneumonia (CBPP), Foot and Mouth Disease (FMD), Peste Des Petits Ruminants (PPR) and Newcastle Disease (ND) vaccines, among others.
Abubakar said that livestock production was a major means of livelihood in Nigeria which employed about 70 per cent of Nigeria’s population, helped food nutrition and security as well as means of livelihood for majority of the country’s  rural dwellers.
” The Ministry has policies and National programme for the control of these diseases, while it is the policy for routine vaccination for all diseases, it is our policy as a country not to vaccinate against Highly Pathogenic Avian Influenza, also known as Bird flu.
” Over the years, the policy of CBPP, FMD, PPR and ND control in Nigeria has been routine annual vaccination
” However, the vaccination coverage has been limited by inadequate resources. But going forward, we intend to scale up vaccination coverage as more resources become available.
” Nigeria’s Livestock population is put at about 22.3 million Cattle; 53 million Sheep; 99.8 million Goats; 9.2 million Pigs and over 425.7 million Poultries, spread across the six geopolitical zones of the country, kept by majority of Nigerians especially in rural and semi-rural settings,” he said.
He said that the full potentials of these animals and the attendant socio-economic benefits they provided could not be guaranteed unless they were in a state of good health.
Abubakar said this could only be achieved through vaccination against diseases like CBPP and FMD in cattle; PPR in sheep and goats, and NCD in chickens.
He urged Development Partners and Non-Governmental Organisations to key into this initiative by supporting the states with more vaccines and the logistics needed to carry out the mass vaccination in the country.”
He said collaboration with neighbouring countries of Chad, Cameroon and Niger Republic was also needed.
He appealed that the exercise should be taken as a call to national service and to give it the best attention it deserved and ultimately, all those involved shall be part of making history.
” Nigeria should join other nations of the world to control and eradicate these dreaded diseases of cattle, poultry, sheep and goat from our national herd,” he said.
The Governor of Gombe State, Alhaji Muhammadu Yahaya , said this was the third time the exercise was being carried out under his administration and commended the Ministry for its tireless efforts and commitment in ensuring the control of these animal diseases.
The State Commissioner for Agriculture and Animal Husbandry, Mr Muhammad Magaji, said it was the first time that zonal vaccination of animals was being carried out.
Magaji expressed happiness and delight that Gombe had been chosen as the flag-off point in the North-East.
Mallam Madibbo Yahaya, the Chairman Miyetti-Allah Cattle Breeders Association, Gombe State Chapter, thanked the Federal Government for the programme which was geared towards achieving increase in food production, generating more revenues for farmers and sustaining the diversification in the agriculture sector.
0
Share FacebookTwitterGoogle+ReddItWhatsAppPinterestEmail
You might also like More from author