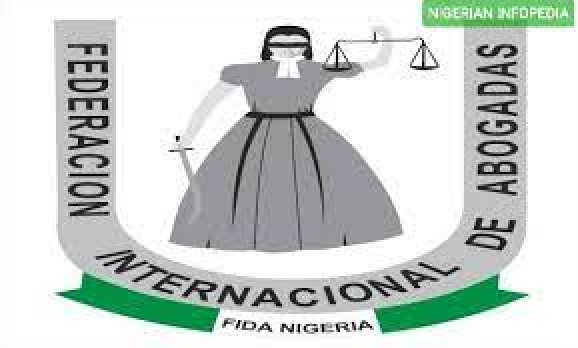 International Federation of Women Lawyers (FIDA), Nigeria on Monday called on women, youths and Persons With Disabilities (PWDs) to participate actively in the electoral processes ahead of the general elections in 2023.

The Project Leader of FIDA Nigeria, Esther Ikenye, made the call at the community sensitisation for Gwarko and Kutunku communities in Gwagwalada Area Council of the FCT.

Ikenye in her speech during the sensitisation which was supported by Action Aid, said there was the need for more women, youths, and PWDs to be more involved in political activities.

“Women have always been in the background in key governance, even though we make the highest number in Nigeria’s population.

“The Gender-Responsive Bill suffered a setback on the floor of the legislative house; we are trying to see how more women, youths and PWDs will be part of the electoral process and in governance.

“We are not competing with anyone but the women, youth, PWDs should be given a chance to contribute and be part of the electoral process,” Ikenye said.

She also called on women, youths and PWDs to make use of the extended continuous voter registration opportunity to get their Permanent Voter Cards (PVC).

“The purpose of the sensitisation is to educate them on continued voter registration and key provisions under the Electoral Act.

“And to promote the inclusion of women, youths and PWD in key electoral and governance processes across the FCT ahead of the 2023 general elections,” Ikenye said.

She said that the simplified version of the Electoral Act was given to members of the communities for them to enhance their knowledge of voters’ education and their rights.

Ikenye, however, advised women, youths and PWD to ensure they exercised their franchise in line with the nation’s constitution.

She further advised them against double registration, saying “it is punishable in the Electoral Act with a fine of N100,000 or imprisonment for not more than a year.”

She said FIDA had previously been in six communities across three area councils in the FCT, adding that this was the second phase of the project.

The Project Officer of FIDA Nigeria, Mr Abu Ayuba advised Nigerians to resist all forms of vote-buying during elections.

He said they should not allow themselves to be used by desperate politicians, rather they should abide by the requirements of INEC.

The Programme Officer of FIDA Nigeria, Chioma Okoye-Chukwuma said the programme was to encourage and strengthen the capacities of young persons and women on campaign strategies policy and participation in leadership positions.

The News Agency of Nigeria (NAN) reports that FIDA Nigeria as a resource partner under the Action Aid Elections, work under Partnership to Engage, Reform and Learn (PERL) programme.

The aim is to implement the innovation campaign component for inclusion of women and young people in political and governance processes (WE-YOU Pro) in FCT.