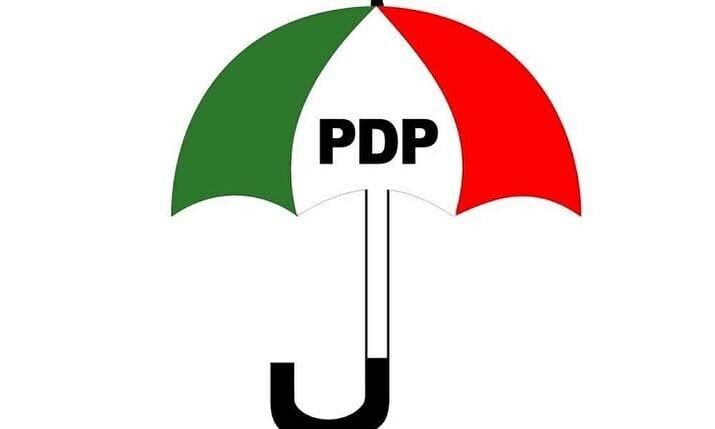 The crisis rocking the Borno chapter of the Peoples Democratic Party (PDP) took another twist on Monday with a faction suspending the state deputy chairman, Bunu Satomi, and the legal adviser, Abdu Jidda from the party.

A faction led by Satomi had last week suspended the state chairman, Zannah Gaddama, for anti-party activities.
But Amos Adziba, the state publicity secretary of the party, said in a statement in Maiduguri on Monday that the action was null and void.

Adziba said that an extraordinary meeting of the party had also suspended Satomi and Jidda from the party.

“The meeting also had in attendance the 27 local government chairmen and other stakeholders in accordance with section 35 and 36 of our party constitution.

“We resolved as follows; that Satomi is hereby suspended as the state deputy chairman, Peter Sabo to replace and oversee the office affairs of his office pending investigation.

“The Jidda is hereby suspended and replaced by Ali Azur with effect from now and to oversee the office affairs of the legal officer pending the investigation,” Adziba said.

He also announced the suspension of four other members of the party who took part in the meeting that suspended Gaddama from the party.

“We urge party supporters to remain calm and be law-abiding as this decision was not taken based on ignorance or prejudice but in accordance with the constitution of the party as we are bent on ensuring the party remains in good shape,” Adziba said.