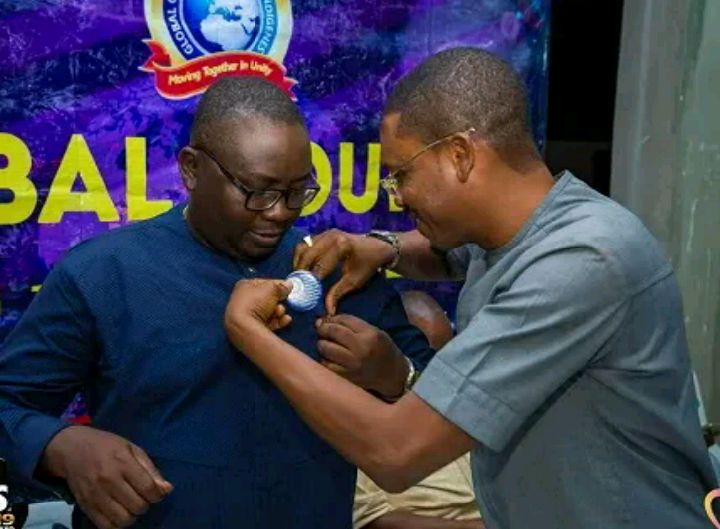 Chief Adebayo Adelabu, the Governorship candidate of Accord party in Oyo State and Rep. Shina Peller (Accord- Iseyin/Itesiwaju/Kajola/Iwajowa), have described the death of Aseyin of Iseyin, Oba Abdulganiy Salaudeen, as a great loss.

They made the assertions in their separate condolence messages made available to newsmen on Monday in Ibadan.

Reports have it that Salaudeen, the 28th Aseyin of Iseyin, died on Sunday morning at the University College Hospital (UCH) in Ibadan during a protracted illness.

Adelabu, in a condolence message signed by his Media Aide, Femi Awogboro,
sympathised with the people of Iseyin over the demise of Oba Salaudeen.

Our correspondent reports that Salaudeen, the 28th Aseyin of Iseyin, died on Sunday morning at the University College Hospital (UCH) in Ibadan during a protracted illness.

Adelabu, also a former Deputy Governor of Central Bank of Nigeria (CBN), described Aseyin’s death as a rude shock given how healthy and agile looking he was few months back when I saw him last.

“The late Aseyin, no doubt contributed greatly to the development of Iseyin and Oke-Ogun in general throughout his 15 years reign.

“His death is a great loss to people of Iseyin, Oke-Ogun and Oyo state in general,” Adelabu said.

He prayed that God would give the family and the people of Iseyin the fortitude to bear the irreparable loss.

Peller, in a message he personally signed, described the passing of the traditional ruler as a great loss to Iseyin, Oke-Ogun region and the entire Yorubaland.

He described the late Aseyin as a loving and dearest royal father whose immense contributions to the promotion of the Yoruba cultural heritage remains noteworthy.

The lawmaker said his relationship with the late Oba was that of a father-son, describing it as a valuable and memorable one.

“It was with a very heavy heart that I received the news of the exit of my loving and dearest royal father, Oba Abdul-Ganiyy Salaudeen, who joined his ancestors yesterday.

“Aside from being my royal father, late Oba Salaudeen was like a father to me.

“I valued and enjoyed our father-son relationship and unwavering support, concern and genuine love for me; I will miss him so much,” he said.

Peller said that the late Aseyin was a revered Yoruba traditional ruler who would be greatly missed, not only by the people of Iseyin, but the whole of Oke-Ogun region, Oyo State and entire Yorubaland.

“The late Oba was a compassionate royal father whose immense contributions to the promotion of the Yoruba cultural heritage remains noteworthy.

“He was so passionate and committed to ensuring the welfare, growth and development of his subjects, Iseyinland and Oke-Ogun as a whole,” he said.

Peller expressed heartfelt condolences to the people of Iseyin, particularly the indigenes, royal family, traditional chiefs, Oyo State Council of Obas and Chiefs, as well as the entire people of Yorubaland.

Also, Alhaji Idris Abiola-Ajimobi, son of the late former Gov. Abiola Ajimobi of Oyo State, the APC House of Assembly candidate for Ibadan South-West Constituency II, in a statement, described the passage of the traditional ruler as another great loss to Yorubaland.

Abiola-Ajimobi, also the Aare Akogun Muslumi of Oyo State, said: “The news of the death of His Royal Majesty, Oba (Dr) Abdulganiy Salawudeen Adekunle Oloogunebi, came to me as a rude shock. The late traditional ruler was a great father to many of us.

“His leadership qualities and styles would be greatly missed. As the Chairman of the Conference of Oke-Ogun Obas and Chiefs, the Aseyin provided qualitative leadership.

“He was extremely passionate about the development of Oke-Ogun, Oyo State and Yorubaland. This is another great loss to Yorubaland. His indelible fatherly roles would be sorely missed,” Abiola-Ajimobi said.

He extended solemn condolences to the Aseyin Royal families, the Aseyin-In-Council, the Conference of Oke-Ogun Obas and Chiefs; the Oyo State Council of Obas and Chiefs, and Yoruba traditional council.

Abiola-Ajimobi also condoled with the people of Oke-Ogun, the Acting Chief Justice of Nigeria, Olukayode Ariwoola and Mr Ahmed Raji (SAN) over the loss of the first class traditional ruler.

He prayed that Almighty Allah forgive his shortcomings and grant him Al-janah Firdaos.