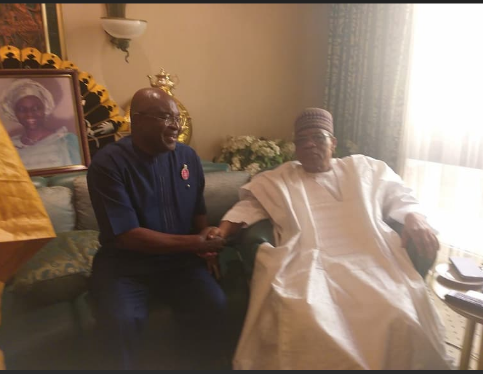 The duo in their goodwill messages described him as a leader of all seasons.

This is contained in a statement issued by Special Adviser on Media to former president of the senate, Mark on Thursday in Minna.

They appreciated his vision, wisdom and courage in leadership.

Babangida, they said is undoubtedly a patriotic Nigerian, who believed and worked for the peace and unity of Nigeria, adding that he never betrayed ethnic or religious sentiments.

According to them, “Babangida was fair and firm. He never compromised competence or merit. He always craves for excellence.’’

They listed his transformation programmes to include but not limited to Federal Road Safety Commission (FRSC) and National Directorate of Employment (NDE).

They said that he also actualised the movement of the federal capital territory from Lagos to Abuja among others.

They prayed that Almighty God would continue to grant Gen. Babangida good health, peace and wisdom in the years ahead.