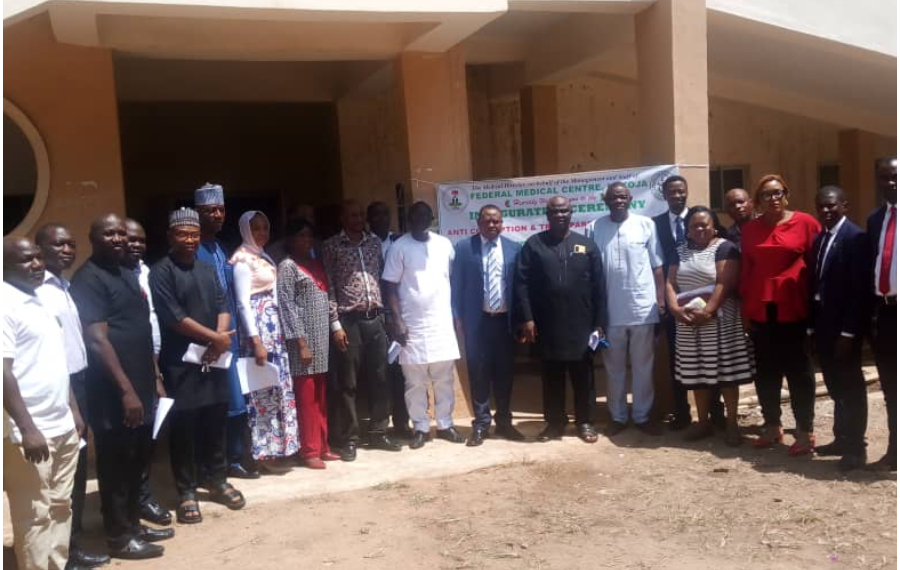 The Anti-corruption commissioner was represented the Chairman of ICPC, Prof. Bolaji Owasanoye.

According to Owasanoye, the unit would strengthen transparency, accountability processes and systems in the medical centre.

He also said that the Federal Government had directed all Ministries, Departments and Agencies to set up anti-corruption units to support the fight against corruption in the public service in 2001.

Furthermore, the ICPC chairman commended the management and staff of FMC for making the inauguration and induction a reality after years of postponements.

According to him, FMC is the highest care giver in Kogi, they must imbibe high level integrity and ethics in line with the National Ethics and Integrity Policy.

It was launched by President Muhammad Buhari in 2020.

With FMC as a key stakeholder in healthcare delivery, research and training in Nigeria and beyond, the drivers of this health facility cannot afford to fail.

The board, management and staff of FMC have to reinvigorate their efforts towards meeting the expectations of Nigerians to continue to provide optimal healthcare delivery in Kogi, Owasanoye said.

Therefore, the ICPC chairman, advised the inaugurated ACTU members to work closely with the management to build a reputable centre.

Owasanoye added that they should work as autonomous outfit with functional links to the office of the Medical Director, for effective interface.

He also said that the aim was to entrench a culture of discipline, integrity, transparency and accountability in the hospital.

He added that the ACTU should be guaranteed independence and protection for effective discharge of its mandate.

Dr Olatunde Alabi, the Medical Director, earlier said that the ACTU should sensitise the management and staff of the hospital on corruption issues to ensure transparency and accountability.

The medical director advised members of the ACTU to work within their stipulated guidelines.

He also assured them of the cooperation of the hospital’s management.

According to the News Agency of Nigeria, the nine-member FMC Lokoja ACTU has Dr Joseph Iduh as Chairman.

However, he said that the unit would embark on advocacy and enlightenment on anti-corruption issues to ensure transparency and accountability in all activities of the hospital.

Iduh added that the unit would investigate of any allegation reported to it by members of staff.