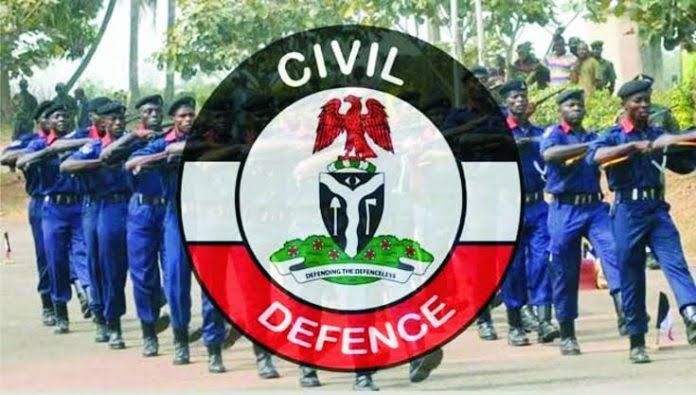 The Permanent Secretary, Ministry of Interior, Dr Shuaib Belgore has commended the Nigeria Security and Civil Defence Corps (NSCDC) for security of lives and properties of Nigerians, but urged them to do better.

Belgore made this known at the weekend in Ilorin when the Kwara State Command of the NSCDC organised their End of Year Party and Award Night.

According to Belgore at the event, NSCDC and all other security personnel needed to be very active in ensuring peace and security in the country.

“Security is everybody’s business and should be the utmost concern of all citizens of the country.

“NSCDC has been doing a lot and I charge the Kwara Command to do better and ensure more peace and stability in the state.

“The State Commandant, Makinde Ayinla is an exemplary officer and has been active since his first day in office and that is why he is getting all the necessary support needed,” Belgore said.

Also speaking at the event is the Commandant General, Mr Ahmed Audi who also commended Kwara Command for its service to humanity.

Audi revealed that since he assumed office, there were lots to be done and as such, he drafted a five point agenda namely “rejig, reform, rejuvenate, restructure and reposition”.

He called for more performance to ensure the full security of lives and properties.

“My vision is to make NSCDC a world class outfit, that protects the lives and properties of the citizens and ensures peace and stability.

“I have started many projects and made the staff enjoy lots of entitlements, like; payment of allowance, compensation for accident and death and also resuscitated the Rapid Response Department.

“I urge the staff, who have not benefited in the Insurance Scheme and other benefits to go and claim theirs immediately,” he said.

Kwara Commandant, Ayinla during the vote of thanks appreciated all the sister agencies, public and private organisations for their contributions towards making his work successful.

He stated that the Command had settled more than 292 cases in 2021 and called for more co-operation from people of the state, to continue to maintain peace and order.

Merit awards were presented to the Commandant General, the State Commandant and the Public Relations Officer of Kwara NSCDC, Mr Babawale Afolabi.

Best divisional office and other outstanding officers including the best driver were also given a cash prize of N100,000.