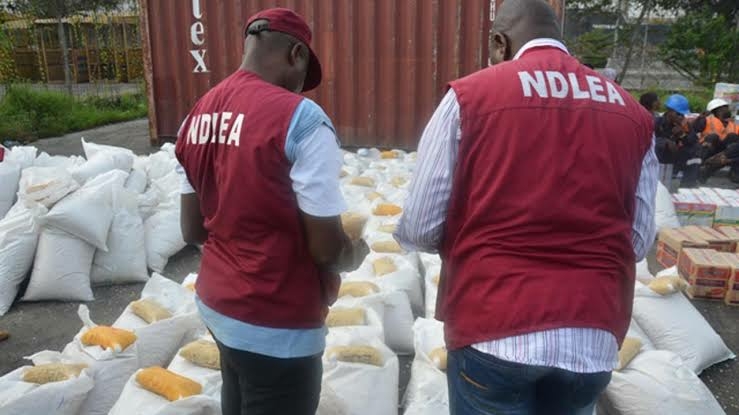 Kaduna State Command of the National Drug Law Enforcement Agency (NDLEA) says it has arrested no fewer than 900 suspects for trafficking in illicit drugs this year.

The state Commander of the agency, Mr Umar Adoro, disclosed this on Wednesday in Kaduna when the leadership of the Supreme Council for Shari’a in Nigeria, Kaduna state council, paid him a courtesy visit in his office.

Adoro also disclosed that whereas some of the suspects had been convicted, about 600 of them were counselled and handed over to relevant stakeholders in their various communities.

He explained that within the period too, about 10 tons of various hard drug were seized and another large consignment of such drugs prevented from being trafficked to neighbouring states.

He said that the clerics where invited to the command headquarters for briefing on the efforts of the command in the fight against illicit drugs in the state.

He stated that every stakeholder, including religion bodies had vital role to play in the fight against abuse of illicit drugs.

“Larg number of people in the society look up to you as leaders in every community .

“Please reach out to this larger society, preach to them and sensitise them on the dangers of illicit drug and it’s consumption.

“If people are sensitised, the society will be safer; Illicit drugs are contributing to security threat in our communities,” he said.

Responding, Deputy Chairman of the Council, Sheikh Abdulkarim Hashim, pledged the council’s readiness to assist the agency in the fight against drug abuse.

“We will use our places of worship to preach on the dangers of illicit drug in our society; it is a task and by the grace of God, we will do it,” he assured.