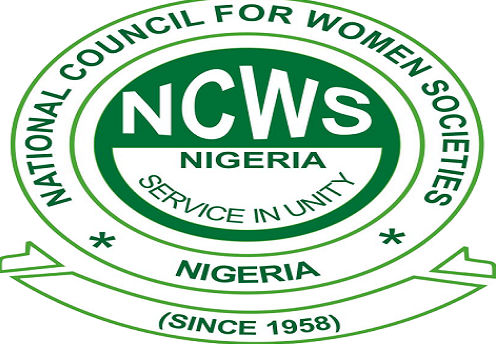 The National Council for Women Societies (NCWS) has raised concerns over low budgetary allocation to the Women’s Economic Empowerment (WEE) project in 2023.

The National President of NCWS, Lami Lau, made this known while addressing newsmen in collaboration with Development Research and Project Centre on Wednesday in Abuja.

The News agency of Nigeria (NAN) reports that the WEE is described as a transformative process by which women and girls go from having limited power, voice, and choice at home and in the economy to have the skills, resources, and opportunities needed to access and compete equitably in markets and the agency to control and benefit from economic gains.

The sponsor of the WEE interventions, the Gates Foundation, believes that women’s economic empowerment is beneficial not only to individual women but also to their children, households, and communities.

“Not only has the money for women’s economic advancement programmes been cut but there are now fewer Ministries, Departments and Agencies (MDAs) that will carry out WEE programmes in 2023 compared to 2022.

“In 2022 a total of 164 MDAs put in WEE activities into the budget, but in 2023 only 51 MDAs will have activities to do with women’s economic empowerment,” she said.

Lau said that another issue of great concern to the NCWS was the severe reduction of the budget for the Federal Ministry of Women’s Affairs.

“Without funding for the women’s machinery, that is, the Ministry, it is very difficult to implement and even monitor projects targeting women.

“In the 2022 budget, the Federal Ministry of Women Affairs received N19 billion or 18.19 per cent of the budget for women’s economic empowerment.

“But in 2023 budget the Ministry of Women Affairs is only allocated N2.1 billion or 3.59 per cent of the total budget for WEE,” she explained.

She said that the figures were accurate and worrisome.

“Our figures are based on the budget documents presented to the National Assembly by Mr President on Oct. 7,” she said

She called on all stakeholders especially the National Assembly to look into the 2023 budget, which does not provide adequate resources for WEE in line with the commitment made by President Buhari.

The president also called for adequate and proportionate funding for women in economic activities, noting that when a woman was economically equipped the entire family and the nation would benefit.

“Investing in women is a guarantee for sustainable national growth and development. No nation can develop and grow with inadequate investment in women,” she said.

Lau commended the Federal Government for its numerous WEE policies, like the National Inclusive Strategy, National Development Plans that recognise the role of women and the various interventions at several MDAs.

She said that she was hopeful that the National Assembly would do the needful as they review the 2023 budget.

Some leaders of women’s groups told the News Agency of Nigeria(NAN), on the sideline that Nigeria could push its economic growth level to an enviable position by uncovering and utilising the value tucked in its massive female population.

They noted that the Nigerian population comprises a strong female population of around 104 million.

“This is roughly around 49.31 per cent of the total national population according to a research report by trading Economics in 2021.

“Precisely, by equipping a larger portion of this sizeable population segment with the right skill and given the right opportunities to function across sectors, more value will be generated within the economy.

“This gender empowerment effort will have a rich impact on the country’s sagging Gross Domestic Product rating,” they said.