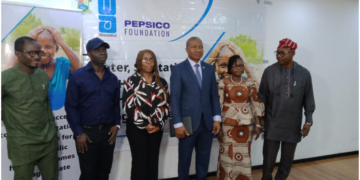 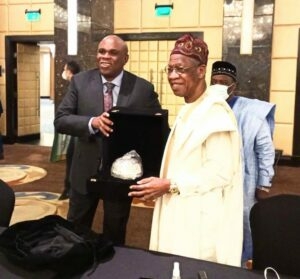 The African Export-Import Bank (Afreximbank) says it will put up a financial mechanism to ensure the completion of Nigeria’s Digital Switch Over (DSO) project before the end of the year. The News Agency of Nigeria (NAN) reports that the DSO is in the process of transiting from analogue television broadcasting technology to digital terrestrial television broadcasting.

The President of the bank, Dr Benedict Oramah, made this known in Cairo, Egypt when the Minister of Information and Culture, Alhaji Lai Mohammed led a team of DSO stakeholders on bilateral discussions on the project. NAN also reports that Oramah was responding to a request for a private sector-driven 165 million dollars facility for the DSO project from the bank.

The facility is to be taken by the private sectors that are driving the DSO project on terms and conditions agreeable to the lender, while the government will give support in terms of advocacy, regulations and policies formulation.

Oramah who led other management staff of the bank to the discussion said they were impressed by the presentation and will make Nigeria a model for other African countries for DSO project financing.

“The move toward digital television is something that is global and it was impressive to see the seriousness with which the minister has been pursuing this.”

“I have had several meetings with him in France, Nigeria and he has come here with a very powerful delegation involving all the stakeholders.”

“What we are looking out to do is to work with all the stakeholders, particularly the private sector to put a financing mechanism in place to ensure that Nigeria saves more than N400 million dollars of subsidy that would have been applied.”

“When we are able to do this before the end of the year, the Nigerian government will benefit because we are going to free the spectrum that will be now sold for about two billion dollars to telecommunication companies.”

“We assure you that we will put in place the financial structure that will work because we know that if we do it well in Nigeria, other African countries pursuing the same goal will take a cue from there,” he said.

The Afreximbank president added that supporting the DSO project would create a platform that would accelerate the growth of Nigeria’s creative industry.

Earlier in a presentation, the minister noted that the creative industry was key in the diversification of Nigeria’s economy because, after agriculture, it employs a larger number of people, mostly women and the young population.

He said the project would also bridge the digital divide by establishing more equitable access, connecting the unconnected at the underserved and remote communities.

The minister recalled that at the beginning of the programme, the model adopted by the government which was subsidy driven was not sustainable.

“When the programme started, the government subsidised the STB which was bought from the manufacturers for 30 Dollars per box and sold to consumers at 10 dollars per box.”

“Government was also paying the signal distributors and the middleware providers but the subsidy regime can no longer be sustained.”

“Right now, the government is not going to give any financial support again to the project and that is why we have reengineered and rejigged the programme in a manner that it will be commercially viable. The government will only give support to the project in the areas of regulations, advocacy and formulation of policies.

“For instance, we have already amended the Broadcasting Code to protect local manufacturers, advertisers, and channel owners,’’ he said.

The minister thanked the president and management team of Afreximbank for giving them an audience and for the interest shown in supporting the nation’s DSO project.

Godfrey Ohuabunwa, the Chairman of STB Manufacturers in Nigeria who presented the credit requirement to the Afrineximbank, said they would require a total of 165 million dollars.

According to him, 125 million dollars will be required to fund an initial five million STB from the total of 20 million boxes needed in five years.

Mr Toyin Zubair who spoke on behalf of FreeTv Platform Ltd. a business enterprise set up for the purpose of the facility said they were prepared to deliver FreeTv to 20 million homes.

Zubair who is the chairman of Inview, one of the middleware providers for the STB, said the FreeTv Platform would help in the collection of radio licences translating into billions of Naira annually.

He said the value-added being introduced into the boxes would allow filmmakers to drop their movies for view at a token to be charged and it would help to checkmate piracy in the movie industry.

The Director-General of National Broadcasting Commission, Malam Balarabe Ilela said the DSO was being implemented as part of Nigeria’s signatory of the International Communication Union Geneva 2006 Treaty and under the brand name FreeTv.

He said the ongoing DSO project required huge capital investment to actualise the timeline of 2022 and Afreximbank provides a very compelling financing option for stakeholders in the DSO chain.

NAN reports that the minister was accompanied by the Directors-General of Nigeria Television Authority (NTA), Yakubu Ibn Mohammed, and FRCN, Dr Mansur Liman among others.