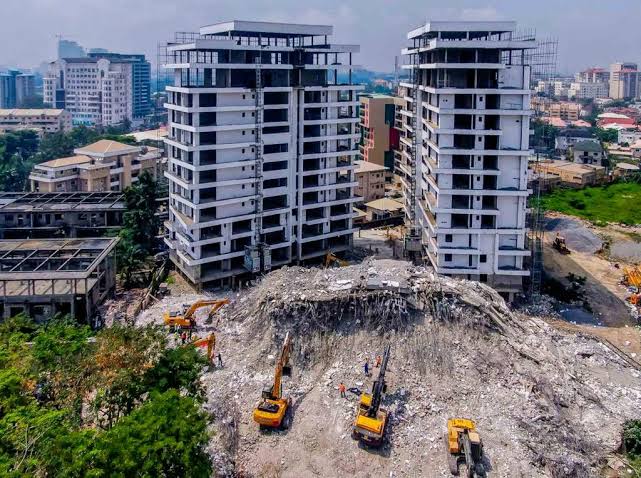 The Council for the Regulation of Engineering in Nigeria (COREN) has described the collapse of the 21 storey building in Ikoyi, Lagos in November,  2021 as an engineering failure.

The President of COREN, Mr Ali Rabiu, disclosed this at the submission of report by the Special Investigations Panel of the Collapsed 21 storey building in Ikoyi Lagos on Thursday, in Abuja.

Rabiu assured the panel that COREN would ensure that the recommendations were implemented by government in line with its mandate.

He said that there might be things to learn from the exercise going forward after seeing what went wrong, adding that measures would be taken to correct the abnomalies.

“I want to assure you that COREN will by the mandate given to it by the act, ensure that such practitioners are sanctioned in accordance with the law.”

“And, where they are not practitioners and they are found involved, we will ensure that we prosecute them in the court of competent jurisdiction.”

“But in the meantime, the report will be forwarded to the appropriate organs of government and an executive summary and advice on the implementation of your recommendations.”

“Once again, I want to use this opportunity to console the people of Lagos state for what happened and we pray that such never happen again,’’ he said.

The Chairman of the panel, Mr George Okoroma, while submitting the report to the president of COREN, said the panel had completed its task.

Okoroma said that the report was given to the COREN President and government to study, before making it available to the public.

He said that the report had been carefully documented and would be presented to COREN for them to study and after which it would be made public.

The panel was set up by COREN President following the collapse of a 21-storey building on Nov. 1, 2021 at Ikoyi killing 46 persons while15 were rescued alive.

It was mandated to carry out a comprehensive inquisition on the remote and/or immediate cause(s) of the collapse among other terms of reference.