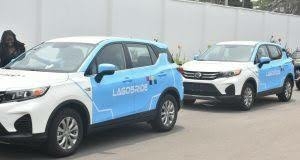 The Lagos State chapter of the Accord Party on Wednesday kicked against Gov. Babajide Sanwo-Olu’s Lagos Ride scheme code-named “LagRide”, saying business should be left in the hands of the private sector.

Mr Dele Oladeji, the acting chairman of the party, told the News Agency of Nigeria (NAN) in Lagos that all the government needed to do was to provide an enabling environment for businesses to thrive.

Oladeji said: “The Lagos Ride scheme is another ill-conceived white elephant project that is set to increase hardship, instead of proffering economic succour to Lagos residents.

“It is a well-established fact that government has no business running a business.

“A good government is required to enact enabling policies to promote “ease of doing business for the citizenry.

“It is a distraction when the regulator of a sector gets into the sector as a player.”

He described the non-refundable application fee of N17, 000 from applicants as exploitative, saying the purported social intervention should not be a profit-making scheme.

According to him, private players like Uber and Bolt in the same transport sector are charged zero application fees.

“That is a 300 per cent higher remittance rate than private companies collects. This will only end in premium tears,” Oladeji said.

Analysing the scheme, he said, that Lagos Ride was not an empowerment scheme meant to alleviate the suffering of the unemployed.

He said that the burden in the scheme also included payment of the sum of 1, 845, 500 covering 20 per cent cost of the vehicle, registration and insurance, advance rent payment, first aid kit, e-taxi licence and training.

NAN reports that in line with the on-going transportation sector reform, Sanwo-Olu has concluded plans to launch a modern ride e-hailing service.

The governor also signed a partnership agreement with CIG Motors Company Ltd., for the take-off of the “Lagos Ride” scheme with a pilot fleet of 1,000 units of brand new Sport Utility Vehicles SUVs.