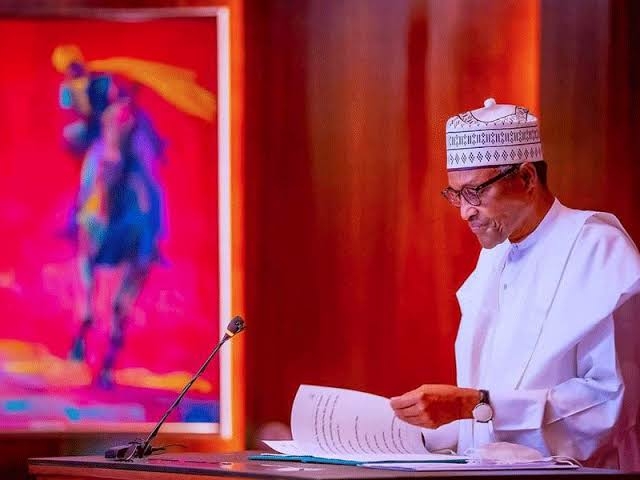 Some residents of Anambra metropolis have commended President Muhammadu Buhari for signing the Electoral Act Amendment Bill 2022 into law.

The News Agency of Nigeria (NAN) Correspondent who sampled public opinion on the passage on Friday in Awka, quoted Mr Danile Ekwoanya, a retired civil servant as saying that the passage of the bill into law showed him as a progressive leader.

Ekwoanya said that the law would certainly boost the electoral process of the nation.

Chief Chris Elumunoh, an elder in Anambra advisory council, said that the law is a step forward to development of electoral activities of the country.

Elumunoh urged the election umpire to get to work and ensure that all the gains associated with the electoral law 2022 is well embedded in the general elections protocols.

Mr Amobi Nwafor, a civil servant, said that the ascent is a prepared ground for seasoned political activities to emanate in the country.

“We are a step forward to becoming like the Western world. This is a gradual step. Certainly sometime our democracy will be perfected to suit our yearnings,” he said.

Mrs Ifeoma Imegwu commended the president and all stakeholders who worked in the achievement of the electoral success.

Imegwu urged the relevant bodies to ensure that quality electoral awareness are communicated to the people so that everybody will be knowledgeable about the new law.

Mr Okechukwu Obenta said that the success of the law is associated with efforts to establish inputs from relevant Ministries, Departments and Agencies of government and contributions of Nigerian voters.

He said that all these efforts followed efforts by all stakeholders on the careful and thorough reviews of the Bill and its implications to democratic processes in Nigeria.

“The civil societies, civil servants and other progressives are the hero of the law, the president listened to valid submissions and made Nigerians happy by signing this law. He is a noble leader,” he said.

Mr Chibuikem Daluchukwu, a student, said that the Bill will improve and engender clarity, effectiveness and transparency of the election process.

Daluchukwu said that the law as well would reduce to the barest minimum incidences of acrimony arising from dissatisfied candidates and political parties.

He urged all the agencies involved in election credibility not to relent but push to see that the content of the law was followed to the letter.

NAN reports that the bill was assented to at the Council Chambers of the Presidential Villa in Abuja, witnessed by Vice President Yemi Osinbajo, SAN, President of the Senate, Dr Ahmed Lawan, and Speaker of the House of Representatives, Mr Femi Gbajabiamila.