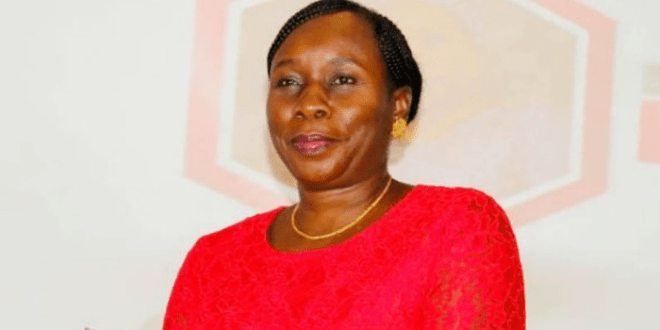 The Federal Airports Authority of Nigeria (FAAN) on Friday celebrated its outgone General Manager, Corporate Affairs, Mrs Henrietta Yakubu, as she retired from active service from the agency.

Speaking during a send-forth party in Lagos, the Managing Director of FAAN, Capt. Rabiu Yadudu, extolled her work ethic and wished her all the best as she starts anew with her family.

The News Agency of Nigeria (NAN) reports that the entire aviation industry physically and virtually came out enmasse to celebrate with the immediate past spokesperson of FAAN.

Yadudu said Yakubu had left big shoes to be filled because she did a yeoman’s job in fine-tuning the image of FAAN despite several challenges that came up.

The managing director described the Yakubu as calm, collected, dedicated, hardworking and a loyal representative of FAAN who also had a unique perspective and sense of humour, adding that she could work without supervision.

He said: ‘’I found it necessary to add my voice to others that have spoken. I found her to be very dependable, dedicated and humble in the discharge of her duties.

“I met her for the first time when I was a GM and since then, she has never changed, she also has a lot of sense of humour when the need arises, she was a very loyal representative of FAAN.

“I could give assignments without supervision, she needs to know that she has all these qualities. I wish her all the success and happiness in life, may your life be much more successful,” he said.

Speaking, the Immediate past Managing Director, FAAN, Mr Saleh Dunoma, said he took note of her in Abuja as she put in a lot of efforts to get things done and was very successful at running everything.

Dunoma said she had done very excellently in that position because they both worked closely as a very excellent officer, adding that the image of FAAN improved tremendously since she assumed duties.

Director of Airport Operations, Capt. Muhktar Muye, described her as an amazon, excellent and a very proactive staff.

He said that Yakubu carried all her subordinates along in the course of discharging her duties, adding that she was truly the face of FAAN.

The Director, Commercial and Business Development, Sadiku Rafindadadi, said she was the channel through which FAAN speaks and a mentor who was always on top of her job.

Mr Basil Agboarumi, Managing Director, Skyway Aviation Handling Company (SAHCO), prayed she reaps the ‘good seeds she had sown in the aviation sector’, as she bows out of service.

Koiki noted how she waded through her functions even amidst serious challenges like the COVID-19 Pandemic.