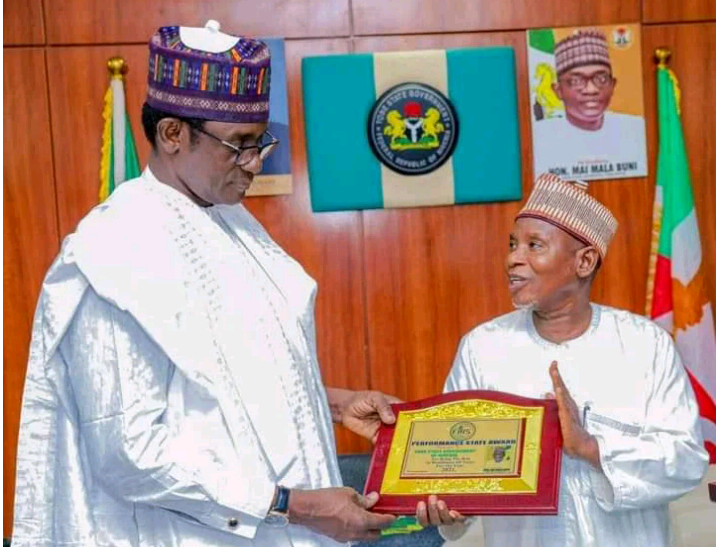 Mr Mohammed Mayanda, FIRSResidents express relief as Maiduguri records first rainfall Coordinator of the zone made the disclosure in Damaturu on Friday when he presented the award to Gov. Mai Mala Buni.

States in the zone are Yobe, Borno and Bauchi.

Mayanda said Yobe performed exceptionally in revenue remittance and had become the role model for other states in the zone to emulate in collation and remittance of revenue.

Responding, Gov. Buni, assured that Yobe would continue to live up to expectation and enjoined federal agencies in the state to maintain the synergy between them and the state government.