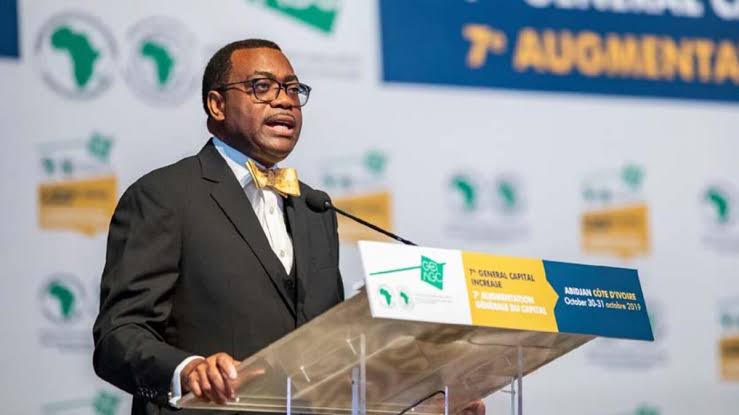 The bank disclosed in a statement by its Communication and External Relations Department on Tuesday in Abuja that the virtual meeting was held to gather views on implementing the bank’s skills for employability and productivity in Africa Action Plan for 2022-2025.

It listed the participants to include African government ministers, representatives of the African Union, government officials and academics

The statement said that the first session held on April 12 focused on countries in East and Southern Africa, while the second had on April 13 targeted countries in Central, North and West Africa.

The bank is seeking regional member countries’ endorsement of the Action Plan and inputs on how the plan can support investment in higher education, science and technology, technical and vocational education and training, !also known as TVET.

“It is another milestone in the Bank’s partnership with our regional member countries to forge partnership in equipping Africa’s labour force with in-demand skills.

“African youths have the potential to become the world’s largest resource for productive and innovative labour, if they are equipped with quality and relevant skills,” said Beth Dunford, Bank Vice President for Agriculture, Human and Social Development, according to the statement.

It added that the Action Plan comes at a critical juncture when Africa is ramping up efforts to enhance scientific and technological capabilities for a more productive and innovative society.

Malawi’s Minister of Education, Agnes Nyalonje, said the Action Plan aligned with her country’s aspirations in education and skills development.

“We will benefit every inch of the way in the investments focus that the Bank wants to bring to higher education and TVET,” she said.

The skills for employability and productivity in Africa Action Plan are anchored in the bank’s jobs for youth in Africa strategy (2016–2025), which seeks to create 25 million jobs and equip 50 million youths with relevant skills.

Public financing of TVET and higher education across the continent has not kept pace with demand. Infrastructure gaps, like shortages of classrooms, libraries and laboratories, negatively impact access, quality and equity in the sector.

Pascal Gatabazi, the chief technical advisor in Rwanda’s ministry of education, said: “The government of Rwanda has put human capital development on the top of its development agenda, with technical and vocational education as a top priority.

“The government has been putting significant investment in TVET, and that’s why we have a dedicated ministry in charge of IT and TVET,” he said.

Martha Phiri, the Bank’s Director for Human Capital, Youth and Skills Development, said the Bank would leverage its partnerships to boost investment in education infrastructure.