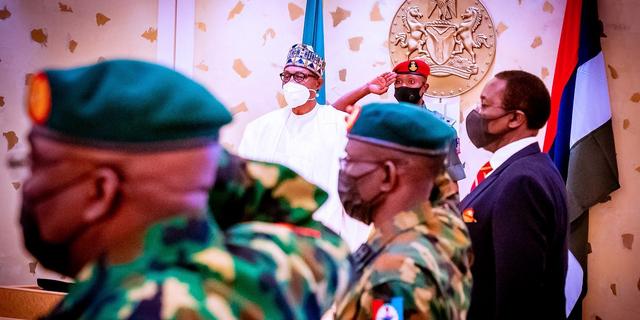 President Muhammadu Buhari has summoned a security meeting sequel to the recommendations by the council of State over the security challenges facing some parts of the country.

Gov. Abubakar Badaru of Jigawa had on April 14 briefed State House correspondents on the outcome of the meeting of the Council of State, where he announced that the president would be meeting security chiefs this week, over the current security situation in the country.

He said the meeting followed recommendations and comments by the Council of State.

He said the necessary measures would be taken to ensure that farmers across the country carry out their activities without any hindrance to boosting food production in the country.

The News Agency of Nigeria (NAN) reports that President Buhari had on Wednesday at the meeting of the National Executive Committee (NEC) of the All Progressives Congress (APC) warned of tougher security measures in restive parts of the country and review operations and strategy.

He reassured Nigerians that the efforts that resulted in relative peace in South-South, and rescuing of the North-East from the hold of terrorists would be ramped up.

According to him, the major security challenges have remained in the North Central and North West, saying, “We are going to be very tough.’’

Others at the meeting included, the Secretary to the Government of the Federation; Boss Mustapha;  the Chief of Staff to the President, Prof. Ibrahim Gambari; and the National Security Adviser (NSA), retired Maj. Gen. Babagana Monguno.