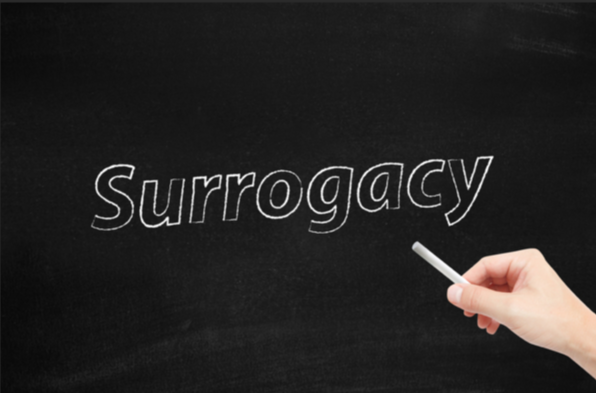 Dr Chinelo Okoye, Gynecologist and a Senior Registrar in the Department of Obstetrics and Gynecology at the Lagos State University Teaching Hospital (LUTH), has advised couples, affected by infertility, to go for surrogacy to sustain their marriages.

Reports have it that on Monday in Awka that Okoye made the call in an online meeting of Enugwu-Ukwu Ugosimba Sisters Associations of Nigeria.

Okoye said that adoption and surrogacy are both once-in-a-lifetime experience as many people choose to look at various options before beginning a family.

She said that married couples, who had stayed awhile for a child in their union, can engage in surrogacy alternative to have a child of their own as it is medically sound to get involved in it if they are medically impaired.

Okoye said that some couples do go for adoption which is a significant endeavour, the best option for many couples but, on the other hand, surrogacy may be a preferable alternative in some cases because of its attendant benefits.

She said that surrogacy affords the couple to establish a relationship with their child before they are even born which adoption would not present to the couples.

Okoye said that the process also allows the people to choose whatever qualities they want of the  child and control how much of their genetic material the child  will receive.

“Every day, an increasing number of couples choose surrogacy over adoption, because they have zero doubt that the child is theirs.

“The first advantage of surrogacy over adoption is that you will be sure that the child is yours. If you choose a typical adoption, you may not know who the biological parents are or their health conditions.

“There is a chance the child will have health problems due to the actual parents’ inherited conditions,” she said.

Okoye said that the ability to choose ones surrogate is the second reason to choose surrogacy over adoption and that when a surrogacy agency is used the people might locate a surrogate who shares same values and interests.

“The couples can meet the surrogate and get to know her before determining if she is the ideal person for what his family likes and makes room for other background checks before commencement.

Okoye said that surrogacy’s success rate is the third reason to prefer it over adoption since it is considerably faster, even if one had previously struggled to conceive, the process will create a chance for biological children.

She said that while adopting a child can take months or even years, finding a surrogate can be quicker and there is control over the pregnancy by the couple.

Okoye explained that reasons parents go for surrogacy include expansion of their households or the inability to carry pregnancy following many miscarriages suffered from a medical condition.

She said that women who have reached menopause or suffered other fertility troubles and are unable to conceive using in vitro fertilization (IVF), gay couples and single parents, may not conceive so surrogacy becomes an alternative.

Okoye said the seven different types of surrogacy arrangements include (1) Gestational Surrogacy (GS) – where intended mother is not be able to carry a baby to term (due to hysterectomy, diabetes, cancer, etc.). This happens where the woman’s egg and the husband’s sperm are used to create an embryo (via IVF) that is implanted into and carried by the surrogate mother.

“With this method, the child born is genetically related to its parents and the surrogate mother has no genetic relation,” she said.

She further said that Traditional Surrogacy and Donor Sperm (TS/DS): involves artificially inseminating a surrogate mother with donor sperm via IUI, IVF or home insemination. With this method, the child born is genetically related to the sperm donor and the surrogate mother.

Okoye explained that in Gestational Surrogacy and Egg Donation (GS/ED), there is no intended mother or the intended mother is unable to produce eggs, the surrogate mother carries the embryo developed from a donor egg that has been fertilised by sperm from the intended father.

Okoye said that Gestational Surrogacy and Egg/Sperm Donation (GS/ED/DS) is when the intended parents are unable to produce either sperm, egg or embryo, in which case the surrogate mother can carry an embryo created from a donated egg/sperm.

She said that with this method, the child born is not genetically related to the intended parents and the surrogate mother also has no genetic relation while in Gestational Surrogacy and Donor Embryo (GS/DE) the intended parents are unable to produce either sperm, egg, or embryo, the surrogate mother can carry a donated embryo (often from other couples who have completed IVF that have leftover embryos).

Okoye said that with this method, the child born is not genetically related to the intended parents and the surrogate mother also has no genetic relation.

She described all the process of surrogacy as best option to sustain marriages.

Responding, a member of the association, Mrs Regina Nnanyelugo, commended Okoye for her lecture and described it as rewarding and an alternative that came make lovers stick together.

Nnanyelugo said that the practice of surrogacy is gradually being accepted in Nigeria as many women do it for other women who do not want to carry pregnancy and they are paid for it.

Another participant, Mrs Chinyere Odinamkpa, commended the brilliant brief from Okoye, saying she is happy that the association expects more thrilling lectures on surrogacy.

Odinamkpa said that it would be good to have restriction attached to the practice before the surrogate mother takes advantage of the situation to win the man over to her side.

She said that tough measures need to be in place to guide the process and ensure that emotional attachments are not encouraged between the man and surrogate mother to avoid causing more harm than good to the marriage.