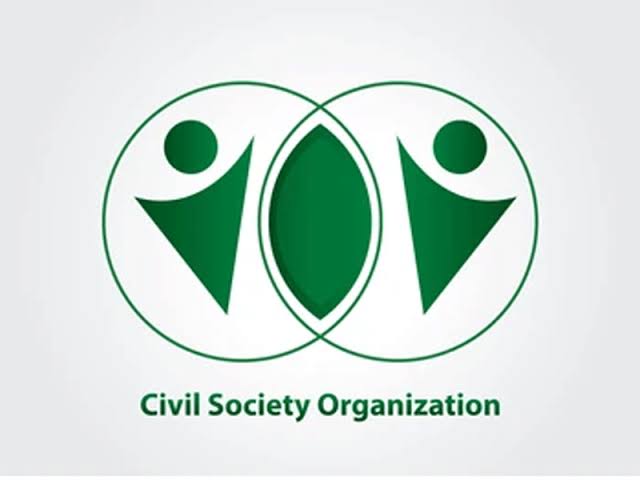 2023 general elections: Get your PVCs, insist on credible leaders — CSOs

The CSOs made the call at a town hall meeting organised by the Lux Terra Leadership Foundation in collaboration with Mac Arthur Foundation in Abuja on Saturday.

The theme of the town hall meeting is “2023 Elections: Towards Electing Credible and Competent Leaders.”

The CSOs insisted that Nigerians must set aside regional, religious and tribal biases and insist on credible leaders across all elective and appointive offices in the country.

In his opening remarks, the Convener of the meeting, Fr. George Ehusani described Nigeria as a sinking ship and the superintendents seem not to be aware.

He said that the aim of the meeting was for citizens to discuss how to elect credible leaders that would turn the tide of the country around for good.

The clergyman said that a country with bad leaders who had criminal records does not have a future, saying that Nigerians have suffered enough.

“If we do not do something to get out of this, Nigeria has no future, the boat is sinking, the vehicle is about to crash.

“Those of us who have any love left for this country must do something; we have not really been running a democracy.

“We need a certain level of enlightenment for a high proportion of the people for us to say we run a democracy.

The Executive Secretary of Policy and Legal Advocacy Centre (PLAC), Mr Clement Nwankwo said that a lot had gone wrong, adding that standards and values that were sacrosanct had been defiled.

He said that Nigerians must keep an eye on the electoral process and speak up against irregularities.

Nwankwo said that Nigerians should keep an eye on how the political parties conduct their primaries and know that none was better than the other.

“The assumption that the ruling party has failed does not translate to mean that the opposition is a success; until you see the candidates.

“We should keep an eye on the Independent National Electoral Commission (INEC) in terms of electronic collation of results and use of card readers.

“Let us be part of the process, observe and speak up, hold INEC to apply a common standard across the country, if that does not happen, the disputation will be a serious one.

“Next year is an opportunity for the redefinition of nationhood, patriotism and a new direction for Nigeria and we should be prepared to be on that path.

“That does not include dividing the country, that is not what we want, we want a united country that provides justicefor all of us.

“A country where anybody can aspire for anything and succeed with it, a country that shows that we can all stand up and defend and be proud of,’’ he said.

Also speaking, the Country Director of ActionAid, Mrs Ene Obi said “we must ask ourselves as Nigerians what we are doing to stand up for Nigeria and to stand up for what is right”.

She urged religious and traditional leaders to sensitise the people and ensure young Nigerians register for the Permanent Voter Cards (PVCs) before June 30, in line with INEC regulations.

According to Obi, the power of the vote is what Nigerians can use to change the situation of the country for good as all citizens have a role to play.

According to her, the leaders know the problem of the country but are not willing to solve it, so Nigerians must grab the bull by the horn and change the narrative.

“You have a responsibility and that is our effort, do not be afraid, life is already at risk and nobody will leave this life alive,’’ she said.

He said that the number of Nigerians working to salvage the country was insignificant compared to those sitting on the fence.

According to Dayo, if you do not come out to vote, a winner will emerge anyway, the number of voters have continued to decline since 2009 yet winners emerge.

“The Foundation can only bring money but the duty to fix Nigeria is for Nigerians. we can decide to make the small political parties big by voting for them which will make them big to achieve our aim,’’ he said.