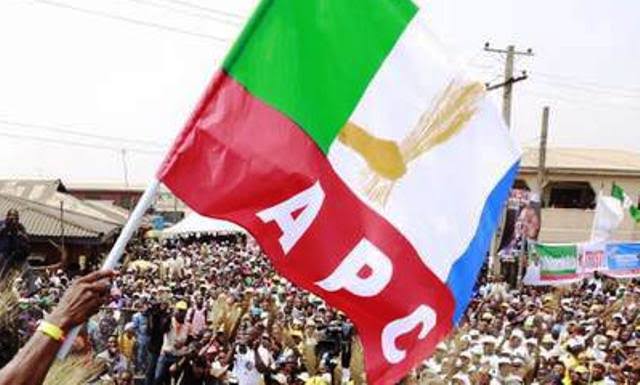 Some aggrieved members of Sen. Magnus Abe faction of the APC in Rivers on Wednesday blocked the entrance to the party Secretariat in Port Harcourt protesting alleged irregularities in its congress.

The group alleged that the materials for the conduct of the Local Government delegates election were hijacked by the faction loyal to former Minister of Transportation, Chibuike Amaechi.

The protesters, including the aspirants also alleged that a supposed stakeholders meeting between the party’s screening panel and the aspirants was not held.

One of the aspirants, Chukwu Olu, called on the National Working Committee of the party to ensure that the process of screening the aspirants was transparent.

Innocent Ajelu, who aspires to the State Assembly seat for Oyibo Local Government Area, blamed the national working committee for not calling the two factions for reconciliation.

Ajelu called on the national body to adopt direct primaries to enable the delegates to vote for the candidates of their choice.

“We have not been called for any stakeholders meeting; no aspirant list has been published, and we have not seen any delegate list. Our names are not there; we do not know what they are doing. So the national body should stop this crisis that is going on in this state,” he said.

The News Agency of Nigeria (NAN) reports that the protesters who carried different placards were dispersed when the police shot in the air.

Reacting, the Publicity Secretary of APC in Rivers, Mr Chris finebone, stated that the screening for the state Assembly aspirants was slated for 2p.m. and had nothing to do with the ward or state congress.

“We were supposed to hold a stakeholders meeting which will precede the screening by 2p.m. The ward congress is not held at the state secretariat, rather, it is holding at the various 319 wards in the state. The congress materials have been moved to all the wards,” he said.