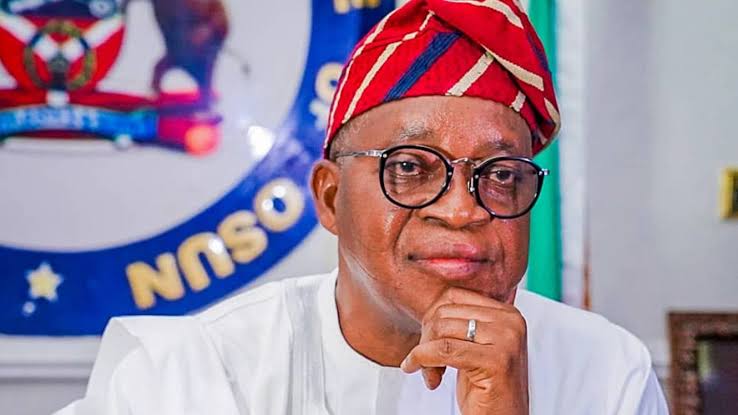 The hoodlums wielded clubs, charms, stones, and axes with which they smashed the windows of the vehicles conveying the journalists injuring four of them.

Oyetola had kicked off his campaign at Orileowu in the local government area, where he addressed party supporters before moving to Gbongan.

He told his supporters in Gbongan that his performance in the last three-and-a-half years is proof of his depth in progressive ideology.

The governor reiterated that he was in government to serve and called on Osun citizens to support his drive and aspiration to “fix’’ the state.

“You handed me the mandate as your governor four years ago, and through the help of God, I did not disappoint you. I trust that you are not going to deviate this time around.

“Our works have shown that we are not neophytes in politics.

“We are not in government to struggle for relevance; we came to serve, we came to fix Osun.

“We have taken note of other concerns, and we will attend to all in due time.

“We must also remind you that this is an effort that requires collaboration. That is why we are appealing for your support, before, during and after the election, to enable us to fix the state,’’ he said.

The governor also appealed to his supporters to realise that the state “is at a very delicate phase in history.

“Let us entrust its leadership to hands that have been tested, not the hands of gamblers or jesters, or those who think Osun is for sale.’’

Osun State Governorship election will be held on July 16.

Meanwhile, Commissioner for Information, Mrs Funke Egbemode, took two of the journalists that were injured by the hoodlums to the hospital for treatment.