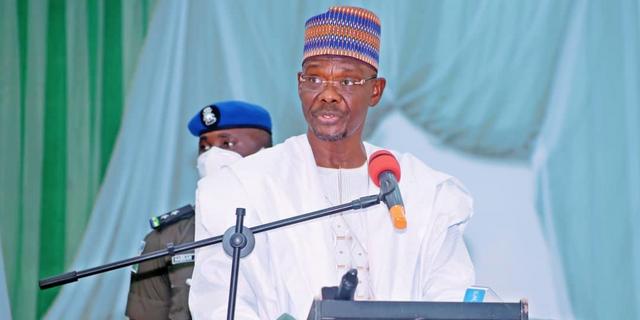 Gov Abdullahi Sule of Nasarawa State has won the All Progressives Congress (APC) gubernatorial primary election in his bid for a second term in office.

Chairman of the party’s governorship primary election committee, Dr. Ahmed Ibeto, announced Sule as winner of the election conducted on Thursday in Lafia. Ibeto said that the incumbent governor polled 698 votes to defeat Dr. Fatima Abdullahi, who got three votes.

“With this result, as far as we are concerned and as my position as chairman of this primary committee, I hereby declare Abdullahi Sule as the winner of the governorship  primary election,” he said.

Sule, while reacting to the outcome of the election, lauded the peaceful conduct of the exercise and  thanked the delegates for their patience.

He expressed hope that the general election in 2023 would also be peaceful as the  primaries in the state.

The governor appreciated his opponent, Abdullahi, for her zeal and courage  to vie for the governorship seat saying it would encourage women, especially in northern Nigeria, to seek to occupy elective positions.

“My happiness is that you have gone through the exercise and have gained the experience,  now I have no doubt in my mind that should you come out in 2027, the performance will be different,” he said.

Shortly after the election, the governor’s opponent congratulated him for the resounding victory at the polls.

She explained that she joined the race as a face of hope for the youth and women, especially the Northern Nigerian woman whose participation in politics has been poor and whose involvement in governance has been low, despite being the highest voters especially in Nasarawa State.

“I will continue to project myself to encourage women across the country to aim higher and not to be limited by anything whatsoever,” she said.

Abdullahi pledged her support and that of her teeming supporters towards the victory of the governor during the general election.