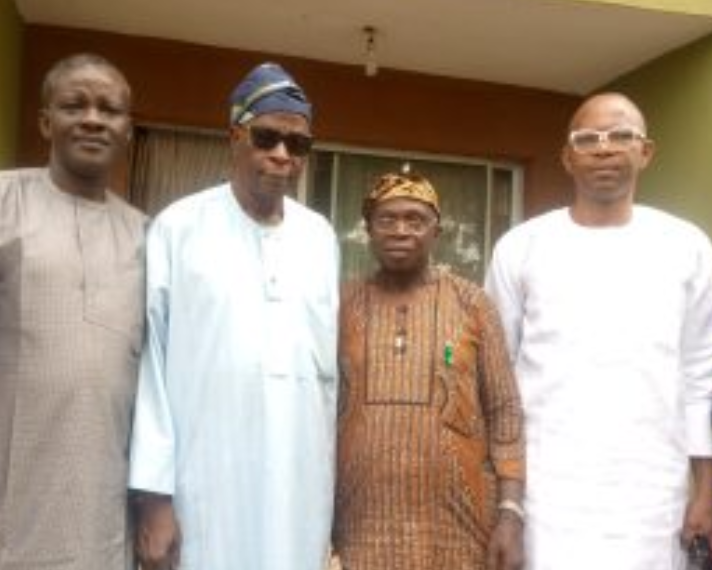 Anybody claiming to be SDP national chairman is floating on water, says Falae

Falae said this when the newly-elected executives of SDP in Ondo State, led by its Chairman, Dele Thomas, paid the elder statesman a visit on Friday in Akure.

Also in attendance were two former chairmen of the party in the state, Prince Dele Ogunbameru and Chief Korede Duyile.

Reports have it that the executives were elected at the party’s congress held on May 16, in Akure.

Falae said the last convention of the party was held in 2016 and since then no national convention had been held.

“All I want to say is that as of today, nobody can claim to be a legitimate member of SDP national executive, not one.

“The last election was in March 2016, it expired March 2020. For the last two years and two months, anybody who is claiming to be national chairman of SDP is just floating on water, you have no mandate.

“There is no basis at all whether it’s Shonibare, whether it is Agunloye, whatever, my tenure was the only legitimate executive and it has expired,” he said.

Falae congratulated the newly elected executives and promised to look into their request of leading the reconciliation of warring members of the party.

He said that the party would have been a suitable bride with what was happening in the major parties in the country.

The former minister of finance commended Ogunbameru for his efforts at fostering unity in the party in the state.

“l want to thank the immediate past chairman of the party in Ondo State, Dele Ogunbameru, for his role at moving the party to an enviable position in the state,” Falae said.

Earlier, the chairman of the party in the state said that the elder statesman’s house was the first point of call since the inauguration of the new executives.

Thomas said as the executives would be committed to his teachings and guidance.

“We will continue to seek your guidance. The position of SDP in the country is not pleasing and we will urge you to do whatever you can to help return SDP to its glorious days,” he said.

Also, the former Chairman of the party and Chairman of Elders Forum, Chief Korede Duyile said he had no doubt that elder statesman had been supportive always.

Duyile said that the executives would always want to hear and seek his first hand advice on ways to move the party forward.