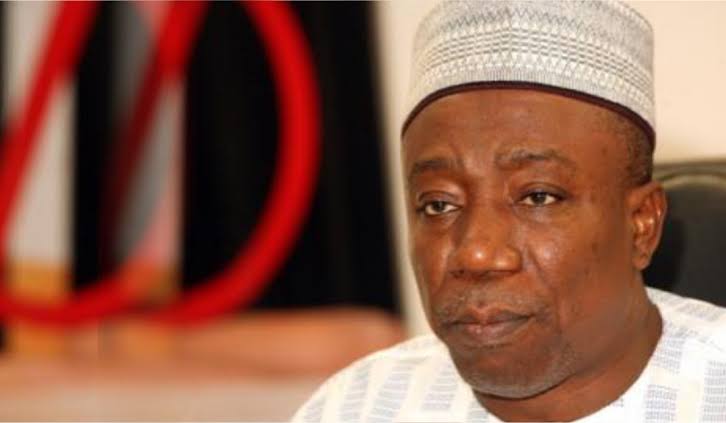 By Olumide Gbenga On May 28, 2022
0
Share
He spoke through the APC factional leader, Alhaji Sani Dododo, at a news conference, on Saturday in Birnin Kebbi,   while reacting to the concluded governorship primary election.
Aliero was a two-term governor of Kebbi State, a former Minister of the Federal Capital Territory (FCT) and a serving senator.
The lawmaker said the call was imperative to maintain peace sequel to the outcome of the election in which Senate Leader, Yahaya Abdullahi, lost to Nasiru Idriss, National President, Nigeria Union Teachers (NUT).
He said: “Senate Leader, Dr Yahaya Abdullahi, Mallamawan Kabi had purchased a form to contest APC gubernatorial primaries in Kebbi State.
“He returned his form, he was screened and the primaries were conducted.
“After thanking our teaming supporters and appreciating their resilience, we want to make it cartegorically clear that we have heard, seen and also insinuate want happened during the conduct of the primaries in Kebbi State, we are now gathering data of all what happened and we are going take a decision.
“Therefore, we are appealing to all our supporters to remain calm, low abiding. We want them to maintain that tempo, we don’t want anybody to act contrary to our instruction to disturb peace and stability in Kebbi State.”
While assuring that the Aliero-led faction is still a loyal segment of APC, the senator said that any act contrary to party’s constitution, Electoral Act and the constitution of the Federal Republicof Nigeria would not be condone.
0
Share FacebookTwitterGoogle+ReddItWhatsAppPinterestEmail
You might also like More from author