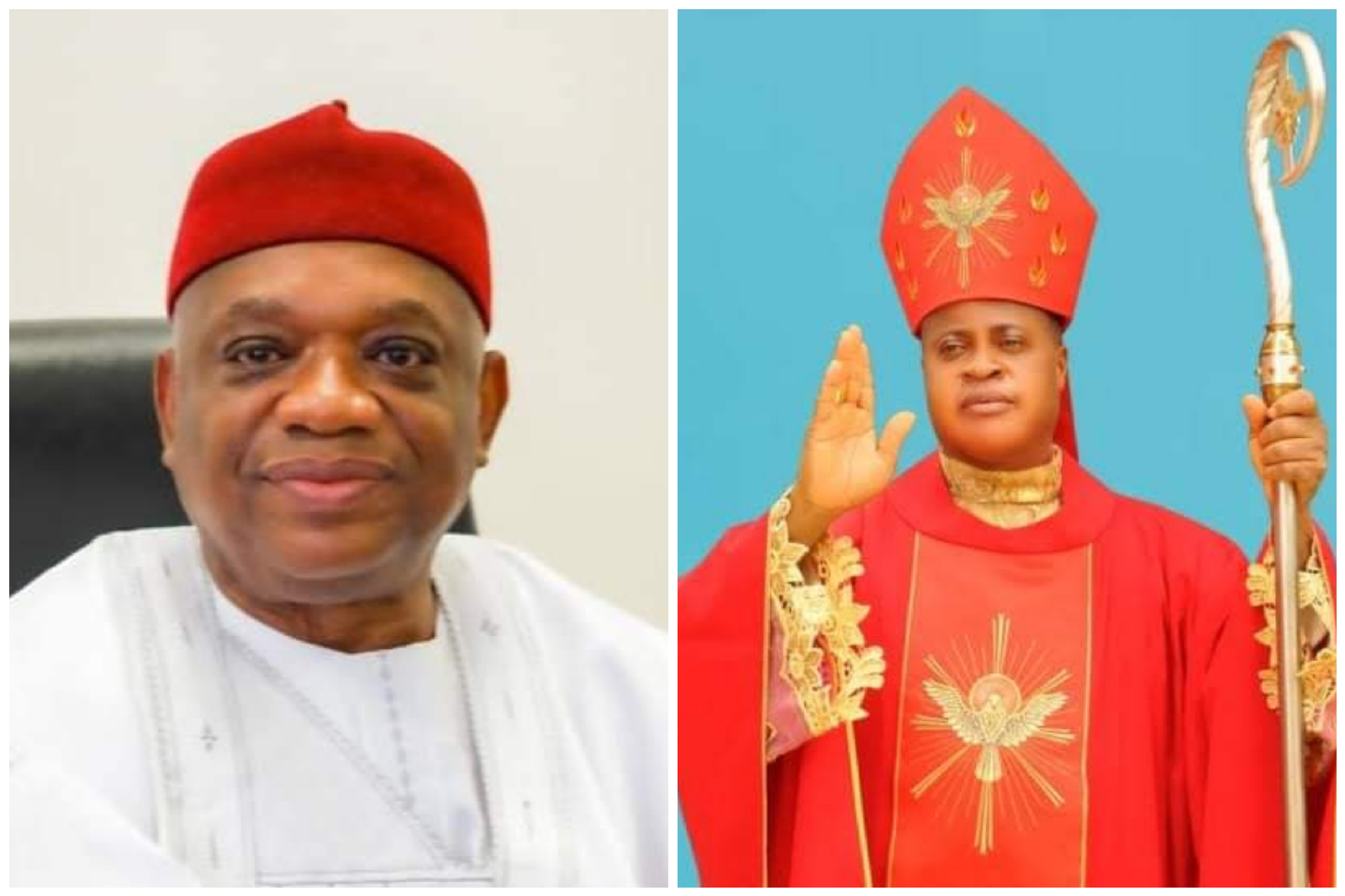 Chief Whip of the Senate, Orji Kalu, has congratulated Peter Okpaleke, of Ekwulobia Diocese in Anambra, on his appointment as Cardinal by Pope Francis.

Kalu, in a goodwill message, acknowledged Okpaleke’s contribution to the growth of the Catholic community and Christianity in general.

While urging the new cardinal, to sustain his exemplary leadership qualities, Kalu called on religious leaders across the country to use their platforms to advocate for peaceful co-existence among Nigerians, regardless of ethnic, religious, and political differences.

The former governor of Abia further said that his elevation was well-deserved and for the good of Christianity.

“I felicitate Bishop Peter Okpaleke of Ekwulobia Diocese on his appointment as a cardinal. The elevation will strengthen the new cardinal in his efforts at advancing the cause of Christianity.”

I have no doubt about his capacity to perform well in his new role. I join the Catholic community in wishing the new cardinal continued success in his endeavours.”

The News Agency of Nigeria (NAN) reports that Kalu also applauded Pope Francis for the honour bestowed on Okpaleke.

Pray for your leaders, don’t curse them – NASFAT charges…