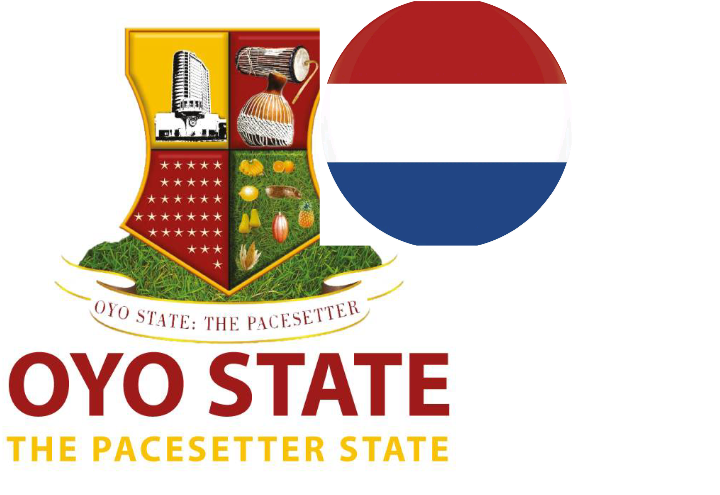 Oyo State Government says it is collaborating with Netherlands Government, through agribusiness, for economic development.

Dr Debo Akande, the Executive Adviser to Gov. Seyi Makinde, made this known on Wednesday at the Oyo State-Dutch Collaboration for Economic Development meeting in Ibadan.

Akande, also the Director-General, Oyo Agribusiness Development Agency, said that the partnership between the Netherlands and the state government was to ensure that resources coming into the economic development of Nigeria were accord priority attention.

“There is no government that can do it alone; we need partners and one of the critical areas of agribusiness is to ensure that we drive the private sector as much as we can at small, medium and large scale levels.

“And, we also ensure we bring as much resources as we could to the state via the international development organisations.

“For this state, from 2019 till now, we have been able to drive N27 billion private sector investment in agribusiness and have over N40 billion worth of international development funds into agribusiness.

“It is this kind of partnership meeting that brings these things to fruition,” Akande said.

“There are lots of Dutch companies in Oyo State; we are trying to consolidate on that to see how the Dutch Government and Oyo State Government can support and push further on economic development in Oyo State.”

Deleen said that collaboration on agriculture had been yielding results.

According to him, there is need for doing more in horticulture programme to increase tomatoes and cassava production.

He urged the state government to provide infrastructure such as good roads to complement and ensure that yields of agricultural produce increased through modern agricultural practices.

“It is a matter of training and capacity building.

“Use of the right seed, the right soil type and fertilisers are the technical things that would help Nigeria and in this case, farmers in Oyo State,” Deleen said.

In his remarks, Dr Bunmi Babalola, the Permanent Secretary, Oyo State Ministry of Trade, Investment and Cooperatives, said the key take away from the meeting was how to leverage on the partnership.

Babalola said that this was aimed at promoting exportation, which had been the desire of market leaders in the state.

Commenting, Mr Kola Adeniji, a farmer and one of the participants, urged the three tiers of government to ensure that good policies were in place and implemented to make agribusiness viable in Nigeria.