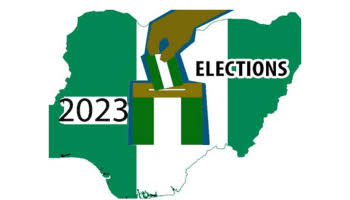 By Olumide Gbenga On Jun 25, 2022
0
Share
Mr. Zakariyya Abdulaziz, President of the group who made the call at a news conference on Friday in Kaduna, said the objective of the group was promoting unity in Northern Nigeria.
“As you are all aware, the need for every part of our country to have a sense of belonging and participation in governance has never been more anticipated than now.
” We therefore considered it expedient to, as a pressure group, reiterate the core values of our founding fathers, who toiled and served the people with fear of the Almighty,” he said.
He explained that the North had always participated In national politics as a diverse but united entity with common goals and aspirations.
He added that the region had a voting pattern that had been characterised by nationality without regard for sectional, ethnic and religious considerations.
Abdulaziz said the group was concerned and disturbed by the utterances of some few voices that had attempted to push their narratives, using religion and ethnicity.
According to him, some few elements under the guise of speaking for the North over the choice of political parties, candidates and their running mates, used divisive, careless languages that would heat the polity.
He explained that others who were sensing exclusion on the grounds of faith or ethnicity, were also agitated, which was not supposed to happen in the North.
He called on religious, political and traditional leaders in the North to bring their voices to the fore and stop the toxic narrative by a few selfish voices who were bent on creating divisive tendencies.
0
Share FacebookTwitterGoogle+ReddItWhatsAppPinterestEmail
You might also like More from author