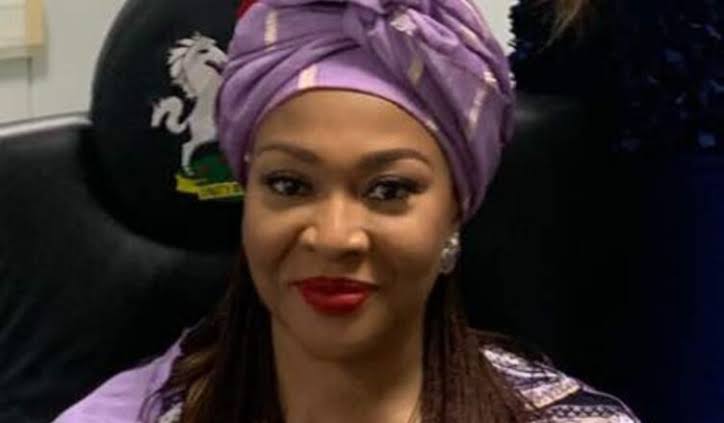 By Olumide Gbenga On Jun 25, 2022
0
Share
Saraki gave the advice during a stakeholders meeting with the association on Friday in Lagos.
She also stressed the importance of more women inclusiveness in the maritime profession for balanced representation and to further develop the industry.
“In other for us to seek for more funds both in and out side the industry and for maritime men to take us seriously, we need to come under one umbrella.
“The same thing happened in the United States where all the women bodies formed one umbrella which has made them stronger.
“We may have parallel bodies that will be powerful and be interfacing with the government which will help in achieving the set goals.
“Please consider this request for the betterment of the maritime women to enable them speak with one voice,” Saraki said.
Mrs Eunice Ezeoke, President, Women International Shipping and Trading Association (WISTA) Nigeria,  commended the minister for her unrelenting efforts in ensuring that there was level playing ground for gender equality in the maritime sector.
Ezeoke urged for the elevation of women in top administrative positions in the sector and charged women to participate in decision making processes that impact the sector.
Also, the President of Women in Logistics and Transport, Mrs Khadijat Shabi-Sheidu, appealed to the minister to use her office to enable the female maritime practitioners to easily access loans with low interest.
President, Women in Maritime Africa (WIMAfrica), Mrs Rollens Macfoy, said the WIMAfrica, championed the cause for the blue economy, maritime security and good welfare for seafarers.
Macfoy said that since the establishment of the association in 2015, the association had sponsored cadets as well as seafarers on international studies.
She called for support to enable them train more women professionals in different discipline in the maritime sector to enable them compete in the men dominated industry.
A Former Continental President of WIMAfrica, Mrs Jean Anishere, noted the ability of the former Minister of Transportation, Mr Rotimi Ameachi, to harmonise all Nigerian Ship Owners Association together to interface with government.
She said the collaboration was easier for ship owners because they were not international bodies adding that it could be difficult for women in maritime as they had international bodies.
The President of Nigerian Maritime Lawyers Association (NMLA) , Mrs Funke Agbor, advocated the need for women to be relevant in the decision making in the maritime industry.
Agbor called for more understanding among women adding that there was need to have more qualified maritime women under the set umbrella organisation.
Women in Maritime West and Central Africa (WIMOCA), Mrs Tosan -Edodo-Emore, and Mrs Victoria Tafa, Women leader, Port Management of West and Central Africa (PMAWCA) called for equal opportunities for women in the maritime sector.
0
Share FacebookTwitterGoogle+ReddItWhatsAppPinterestEmail
You might also like More from author