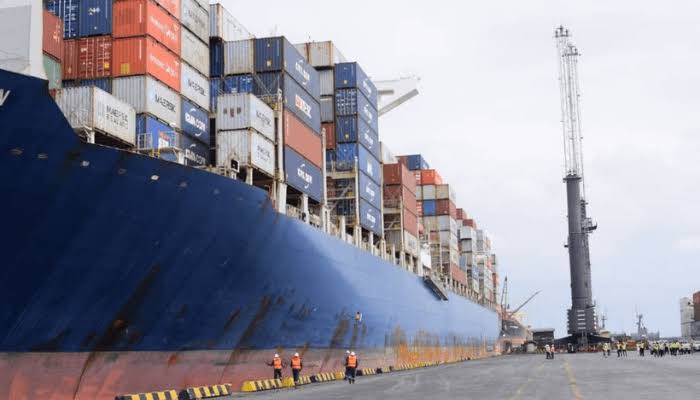 Ajani, represented by Mr Adams Ofie, Deputy Director at the Federal Ministry of Transportation, made the appeal at the Enlarged Presidential Standing Task Team flag-off of the second phase of Operation Free the Port Corridor in Lagos.

Ajani pointed out that the ministry was aware of the various challenges of the task team, which included inadequate logistics and operational need for a more robust and effective implementation of the Nigerian Port Process Manual.

She said accordingly, the request of the task team was currently receiving attention of the ministry for possible intervention and immediate facilitation of the acquisition of logistics and operational needs for seamless operations.

“The Enlarged Presidential Standing Task Team on assignment tagged Operation Free the Port Corridor mission is to remove all illegal checkpoints and shanties on the port corridor.

“The team is also aimed at eliminating traffic gridlock and corrupt practices that are impinging ease of doing business in Nigerian port.

“The first phase was flagged off on April 14 by the minister of transportation to ensure that issues of corruption and gridlock on the port corridor is a thing of past,” she said.

She appreciated the members of the PSST for their achievement in the first phase, urging all stakeholders to support the team for better results in the second phase.

Jime noted that the trucks caused untold hardship and created opportunities for extortion and other sharp practices by non-state actors.

According to him, many people have reservations on the ability of the task team to clear the Apapa port complex with a view to bringing sanity and ensuring free flow of traffic.

“We all know the enormity of the task but the NSC with other committed stakeholders are resolute in their resolve to contribute to changing the narratives.

“The task team has achieved its objectives, however, the successes recorded were not without dire consequences such as intimidation, threat to live and physical assault of operatives and also their gadgets.

“I urge the port task team to continue to sustain the achievements recorded so far,” he said.

Mr Moses Fadipe, National Coordinator, PSTT, appreciated the support of the ministry in asking sister agencies to shoulder some of the financial and logistical responsibilities of the task team.

Fadipe, while giving an overview of the successes and challenges of the first phase, added that the burden of funding the task team was solely on the Nigerian Shippers Council, despite its paucity of income.

“The imperative of multi-agency support for logistical and personnel needs of the task team is more relevant now considering that the operational phase we are about to flag-off will be covering 15.6km compared to the 2.6km earlier covered during the pilot phase.

“The intervention of Nigerian Ports Authority and Nigerian Maritime Administration and Safety Agency will be greatly appreciated in this regard.

“In addition to any other support that they may wish to render, we specifically require more pick-up vans in the fleet to aid the operation,” he said.

Buhari congratulates William Ruto on election as President of Kenya