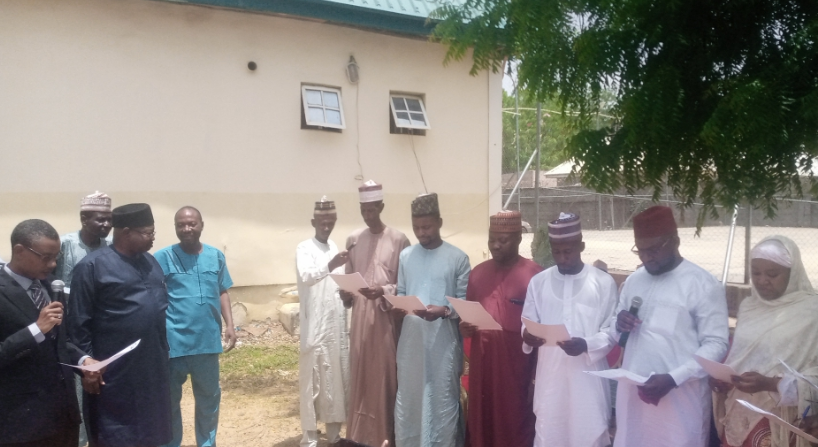 The Nigeria Bar Association (NBA), Sokoto State Chapter, on Saturday elected new executive members to steer its affairs for the next two years.

The election was conducted by a 5-man electoral committee headed by Mr Jacob Ochidi, SAN.

The News Agency of Nigeria (NAN) reports that three other positions were contested during the poll that included Secretary, Welfare Secretary and Publicity Secretary.

Our correspondent however reports that one of the aspirants for the position of Publicity Secretary withdrew from the race, making the position unopposed.

Also, Usman Mohammed, who scored 39 votes to defeat Ogbunna Kelechi, with eight votes, is declared the winner for the position of Welfare Secretary.

NAN reports that the oath of office was accordingly administered on the new officials by Justice Mu’awiyya Mahmoud of the state High Court.

In his acceptance speech, Nuhu attributed his victory to ”the will of God”, while commending the electoral committee for doing justice to the entire process that saw the smooth conclusion of the exercise.

The new chairman assured to strengthen the unity of members, dwell on completing ongoing projects at the Secretariat and make welfare of members paramount.

“On our part, this is the beginning. We will continue to put in our best towards uplifting the standard of NBA in Sokoto state,” he said.

Nuhu appreciated the outgoing executives for doing their best.

Earlier, the outgoing chairperson, Mrs Safiya Mohammed, thanked the members for their unanimous support to her.